Some sources are complaining that Moderna is attempting to "test every boundary" with its COVID-19 vaccine development. But that might not be a bad thing.

In any discussion about the race to develop a vaccine against the novel coronavirus that causes COVID-19, Moderna (MRNA 0.46%) will almost certainly be mentioned. The biotech ranked among a select group of companies to receive significant funding as part of Operation Warp Speed, the U.S. government program created to accelerate COVID-19 vaccine development. It is without question one of the clear leaders in developing a COVID-19 vaccine candidate.

But how are Moderna's efforts really going behind the scenes? A recent report from Reuters highlighted some potential issues with the biotech's COVID-19 vaccine program. Are there warnings signs that investors should be worried about? 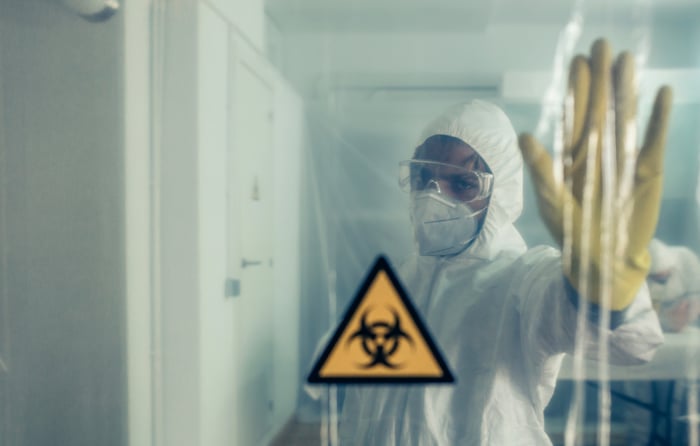 Reuters spoke with three unnamed sources familiar with Moderna's coronavirus vaccine project. The news agency reported several potential issues that these sources attributed to the biotech's "lack of staff and expertise to oversee the most critical phase of human trials." Moderna has never guided a program through late-stage testing and has not yet won regulatory approval for any product.

Perhaps the most concerning issue in Reuters' report was that Moderna allegedly tried to be able to use a lower threshold for demonstrating the efficacy of mRNA-1273 than the FDA wanted. Moderna's management also reportedly pushed back on recommendations that it closely monitor participants in its clinical trials of COVID-19 vaccine candidate mRNA-1273 for changes in oxygen levels. One of Reuters' sources stated that Moderna viewed such monitoring as a "hassle" that slowed the clinical trial.

Another issue related to Moderna allegedly not wanting to share details of its clinical trial plans with U.S. government officials and other drugmakers. Reuters reported that Moderna wouldn't allow its contract researcher PPD to disclose details of mRNA-1273 trial plans at a meeting with federal officials and leading companies developing COVID-19 vaccines.

Earlier this month, STAT News reported that Moderna's phase 3 study of mRNA-1273 would be delayed. The company confirmed in a tweet that the study wouldn't start as early as originally anticipated. Reuters' sources indicated that this delay stemmed from Moderna not having enough staff to complete the trial's protocols on time.

Moderna admitted that its team hasn't always agreed with the opinions of experts with the federal government. However, it's important to note that none of those disagreements have been major stumbling blocks.

Even though Moderna won't start its phase 3 study of mRNA-1273 quite as soon as expected, the biotech still hopes to begin the late-stage study later this month -- only a few weeks behind its original plan. Moderna remains neck-and-neck with AstraZeneca in clinical progress for its COVID-19 vaccine candidate.

Reuters' report noted that Moderna disputed at least a couple of the issues. The company stated that it didn't intentionally withhold information about its clinical trial plans. It told Reuters that there was a "misunderstanding about the company's presentation at the meeting" with federal officials and other drugmakers developing COVID-19 vaccine candidates.

Moderna also maintained that its team has the experience needed to lead large-scale clinical studies. In addition, the biotech said that it "has aligned with the FDA's guidance after discussions with the agency."

The U.S. Department of Health and Human Services (HHS) seems to back up Moderna's side of the story. HHS told Reuters in a statement that the federal government's collaboration with Moderna on COVID-19 vaccine development has been "extremely cooperative."

Should investors worry about any of this? I don't think so.

One of Reuters' sources said about Moderna, "They try to test every boundary." With a global pandemic raging on and coronavirus cases increasing in the U.S., my view is that testing some boundaries isn't necessarily a bad thing to do. And it seems that Moderna stays within the boundaries when all is said and done.

The biotech stock has skyrocketed more than 270% so far this year. I suspect that Moderna will continue to push the boundaries on just how high it can go.

COVID, Shmovid: This Could Be the Next Big Growth Story for Moderna Stock
409%