Please ensure Javascript is enabled for purposes of website accessibility
Log In Help Join The Motley Fool
Free Article Join Over 1 Million Premium Members And Get More In-Depth Stock Guidance and Research
By Daniel Foelber – Jul 16, 2020 at 10:30AM

Determining which airline is best positioned for a rebound.

The airline industry has been struggling to manage an utter collapse in air traffic. But as things return somewhat to normal, some investors may be wondering which airline is best positioned for a rebound. 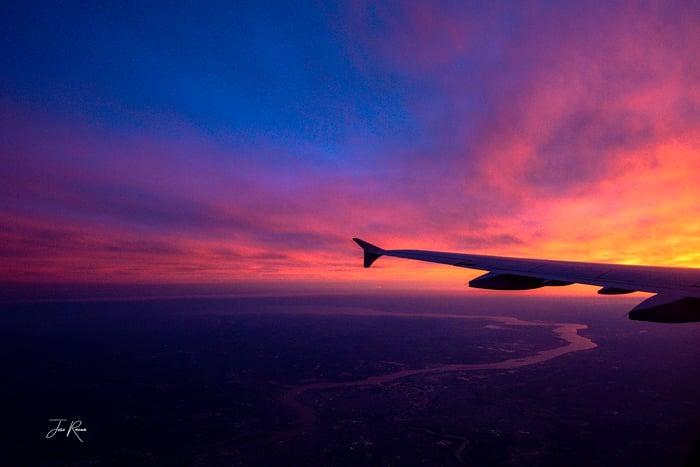 Delta reported its second-quarter results on July 14. The numbers didn't look great, but there were some silver linings.

For starters, the company's daily cash burn, which is the amount it has been losing per day as a result of the impact of COVID-19, has decreased from a high of $100 million at the end of March to just $27 million in June. A little math tells us that cash burn of $27 million produces a run rate of $2.43 billion in losses per quarter, or $9.9 billion per year. Considering Delta has liquidity of $15.7 billion, this gives the company some breathing room to wait for demand to pick up if the pandemic subsides.

Delta also informed investors that revenue for its third quarter will likely be just 20% to 25% of revenue from the same quarter last year. Although this represents an improvement from the 90% reduction in revenue that Delta experienced in its first quarter, it's still a far cry from revenue levels that Delta needs to turn its business around.

Digging a little deeper, it's concerning to see Delta report that its uptick in passenger volume is "being driven almost entirely by domestic leisure travelers or those flying for essential reasons." Considering business travel tends to provide 50% of Delta's revenue -- and there's been no improvement to business travel -- Delta may have a longer-term headwind affecting its earnings. That is, if the trend away from face-to-face meetings to remote communication tools evolves into a paradigm shift -- several of my colleagues believe it will -- part of Delta's revenue losses from the pandemic could be irrecoverable.

Many of the short- and long-term headwinds affecting Delta also apply to United Airlines.

As a result of revenue declines, United estimated that its second-quarter daily cash burn would be $40 million before improving to $30 million by the third quarter. We'll find out if United was able to reduce its daily cash burn by more than expected when it reports its second-quarter results in late July -- but even if it does, it's concerning that United, an airline with half the market capitalization and two-thirds the assets, is forecasting higher cash burn per day. Also concerning is United Airlines' balance sheet. 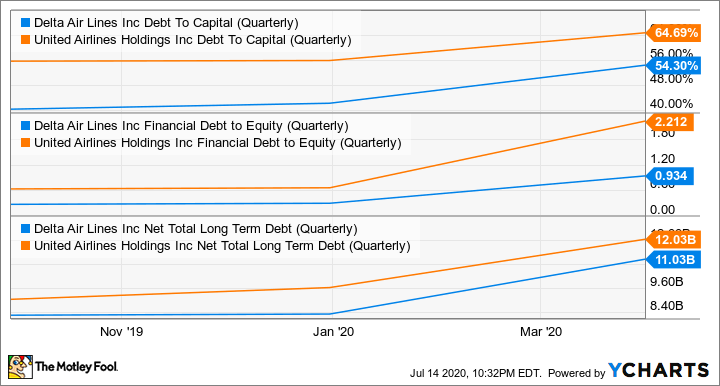 Compared to Delta, United has higher debt to capital, financial debt to equity, and net long-term debt. Both companies are generating free cash flow (FCF) and net income over the past three years -- but they have also used a considerable amount of that FCF to buy back stock instead of pay down debt. This has become more of a concern for United than Delta, seeing as United has been buying back nearly as much stock as Delta but has been generating less FCF.That's no surprise considering Delta has been the elite cash cow of the industry, and was arguably the best airline going into 2020. From 2017-2019, it grew FCF and net income more than Southwest Airlines, United, or American Airlines in terms of absolute values and on a percentage basis.

Delta Air Lines gave investors some encouraging results from its second-quarter earnings, but risks remain. Going into the pandemic, Delta Air Lines was one of the stronger airlines, and it remains one of the better ways to invest in the airline sector right now. Even if United Airlines reports a good quarter, its cash burn and balance sheet remain serious concerns. Although the sector is risky, there's value in airlines with strong fundamentals. Therefore, sticking with a premium airline like Delta is the way to go.