For the second day in a row, Virgin Galactic (NYSE:SPCE) stock is rocking and rolling higher. 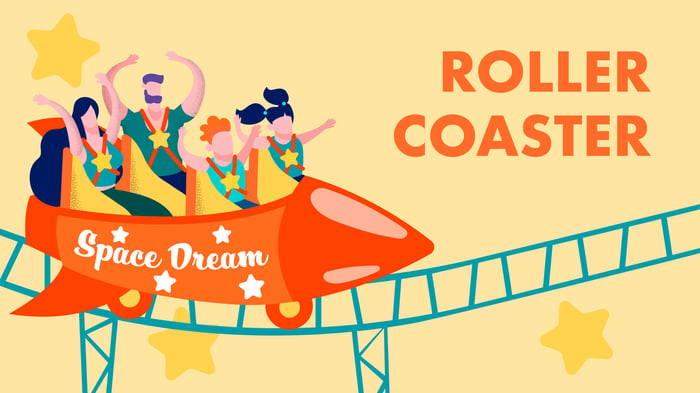 There's no new news to explain the stock's rise, however. Logically, therefore, what we're seeing today is just a continuation of investors' enthusiasm over yesterday's appointment.

On Thursday, Virgin Galactic tapped former Disney exec Michael Colglazier to replace current CEO George Whitesides. The change in management will take place on Monday. Investors may be taking this as a positive development for two reasons.

On the surface, Virgin Galactic looks a bit like a low-margin airline stock (its immediate objective, after all, is to push people aboard space "planes" and fly them up, then fly them back down again). But at second glance it's potentially a higher-margin consumer goods stock. Once its spaceplanes begin flying, Virgin Galactic will be offering customers a unique entertainment experience including probably a week-long stay at its Spaceport America while they train to become astronauts, followed by the flight to space itself.

That's an entertainment business, in my view, and who better than the former head of Disneyland to run it?

At the same time, Virgin Galactic appears to be setting its sights higher than just operating a no-tracks-required rollercoaster ride to space and back.

Instead of leaving the company, you see, Whitesides will take over the role of chief space officer at Virgin. In this capacity, he will continue to develop "future business opportunities" for Virgin, "including point-to-point hypersonic travel and orbital space travel" -- part of the reason that Morgan Stanley initially recommended Virgin Galactic stock in late 2019, lighting a fuse under Virgin Galactic shares that has yet to be extinguished.

Incidentally, back then Morgan Stanley seemed to think its $22 price target on Virgin shares was a bit of a stretch. Today, those shares trade for $23 a share.