The Dreamliner was once a top seller, but the COVID-19 pandemic has slashed demand for air travel and has caused airlines to rethink expansion plans. Boeing, according to Bloomberg, has about 50 newly built Dreamliners awaiting delivery parked on airfields at and near manufacturing facilities in Washington and South Carolina. 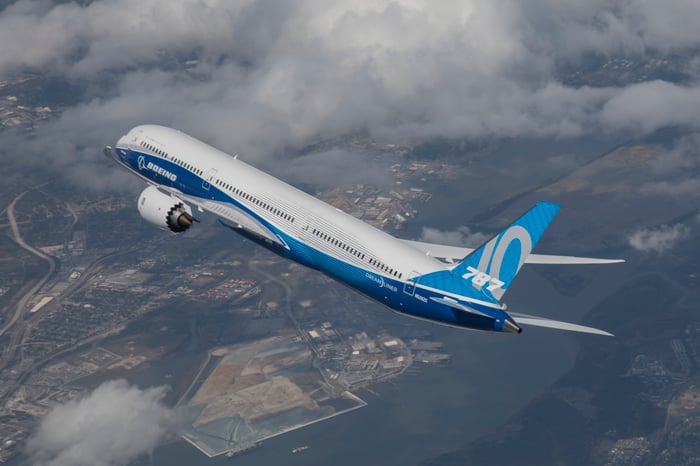 The situation is reminiscent of the issues Boeing has faced with the 737 Max, which has been grounded since March 2019 following a pair of fatal accidents. Boeing continued to build the plane through much of the grounding, leading to glut of built but not-yet-delivered planes and forcing Boeing to park some aircraft in employee lots.

The stalled deliveries have real financial ramifications. Boeing bled through $4.7 billion in the first quarter in part due to expenses related to maintaining the built planes and a lack of incoming cash flow because of no deliveries. Prior to the pandemic Boeing was leaning on Dreamliner deliveries to help cushion the blow of lost 737 Max sales, but with airlines scaling back that strategy appears to no longer be working.

Boeing intends to cut production rates heading into 2021, which should help ease the backlog, but with fewer planes being built that means less revenue for the foreseeable future.

Boeing shares are off 45% for the year, and down nearly 60% since March 2019. For investors tempted to buy in at these levels, the Dreamliner glut is a fresh reminder that it will likely take years for Boeing to work through its commercial order book issues and regain its altitude.