Please ensure Javascript is enabled for purposes of website accessibility
Log In Help Join The Motley Fool
Free Article Join Over 1 Million Premium Members And Get More In-Depth Stock Guidance and Research
By Nicholas Rossolillo – Jul 21, 2020 at 11:30AM

The cable TV content producer has languished for years, but there is some serious value here.

The redundancy crisis that COVID-19 has hastened is wreaking havoc on some sectors of the economy. Cable TV may be one of them. Households have been stuck at home the last few months, and the TV streaming industry and the myriad new services that have recently gone live, like Disney+, AT&T's HBO Max, and Comcast's Peacock, got an early bump thanks to the pandemic. It shows that some Black Swan events (hard-to-predict situations that have outsized side effects) can have mixed impacts across various sectors.

But one content producer that was not ready for such a positive Black Swan was Discovery Communications (DISC.A) (DISC.B) (DISCK). The company has been talking about launching its own direct-to-consumer streaming service for some time -- piecing together its sizable content library of various cable TV networks including its namesake, Food Network, HGTV, DIY, Animal Planet, Travel Channel, and TLC, to name a few -- but so far, no dice. Fans of Discovery TV can access content online, but to date it still requires a subscription to a TV provider.

Some recent shakeups in the company's streaming division management team may hint that a reveal is forthcoming, though, but in the meantime cable cord cutting doesn't exactly bode well. Nevertheless, Discovery's content is relatively cheap to produce and carries high profit margins. This stock looks like a value investor dream -- if the content curator can demonstrate the ability to adapt with the times. 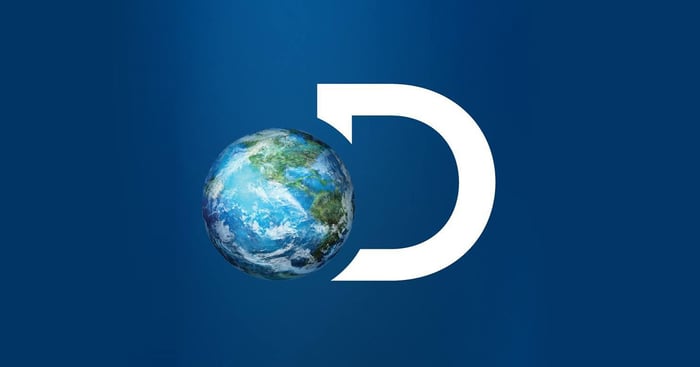 When the sum is greater than the individual parts

Cable cord cutting is ferocious. Cable TV empire Comcast reported that a net 409,000 subscribers parted ways with their old entertainment packages in the first quarter of 2020 alone (although the company reported it still had 20.8 million households and businesses under its TV roof). It's not a great trend for Discovery, which relies on long-term payment contracts with cable providers and advertisements on its channels, but the good news is that 40% of its revenue is under long-term contract. That buys the company some time as it scrambles to migrate to a more modern internet-delivered binge-worthy service.

Also boding well for Discovery is that while its various channels cater to specific niches of viewers, the sum of its offerings is far from small potatoes. Amidst shelter-in-place orders, millions of people are cooking more frequently than ever (Food Network, Cooking Channel), projects around the home are getting extra attention (HGTV, DIY), and kids are getting an education in new ways (Discovery Channel, TLC). Just two Discovery Communications TV personalities, Chip and Joanna Gaines of HGTV series Fixer Upper fame, have some 20 million Instagram followers.

The real question is whether Discovery will garner subscribers when it launches its direct-to-consumer offering. With a little something for everyone in the mix, I think it will if the monthly pricing is right.

One cheap stock, but with a catch

Despite pressure from cable cutting in recent years, Discovery's profitability has surged thanks in large part to its 2017 takeover of Scripps Networks. Free cash flow (operating cash flow minus capital expenditures) is up nearly 80% in the last trailing 12-month stretch compared with the same period three years ago, and free cash flow of $2.84 billion was good for a profit margin of nearly 26% in the last year. And after taking an absolute drubbing so far in 2020, the company's B shares (which entitle owners to 10 votes per share, trading under the ticker "DISCB") and C shares (no voting rights, ticker "DISCK") trade for a mere 9.6 and 4.6 times free cash flow, respectively, as of this writing.

Clearly, the higher price tag on the B shares would indicate that some investors (probably institutions or private equity firms) see value in being able to throw their weight around the boardroom. But for small individual investors, those C shares with no voting rights look mighty cheap at the moment. Even with cord cutting a long-term issue, there's no risk of Discovery becoming insolvent anytime soon.

Granted, one reason for the cheap price tag is indebtedness. Cash and equivalents totaled just $1.45 billion at the end of March 2020, compared to total debt of $15.9 billion. But as already mentioned, even in times of crisis Discovery remains well within profitable territory, so there are no immediate concerns about the high level of liabilities.

Put simply, for investors looking for a value, Discovery Communications stock -- especially the C shares that have no voting rights -- could be a steal right now. Of course, over the long term, that will be dependent on the company's ability to get its own streaming service up and running to manage the slow drain on cable. But with a vast array of real-world and educational entertainment in its arsenal, I like this content creator's chances.