Why the sale could be a step in the right direction for Dominion’s long-term growth.

After six years of planning, negotiations, and setback after setback, Dominion Energy (D 0.42%) has given up on the Atlantic Coast Pipeline (ACP) and decided to sell $9.7 billion of energy transmission assets to Berkshire Hathaway Energy, which is 90% owned by Warren Buffett-led Berkshire Hathaway (BRK.A -0.36%) (BRK.B -0.30%).

Although Dominion has lost the future earnings of the pipeline, there are several reasons why the asset sale is probably the right decision for the utility giant. 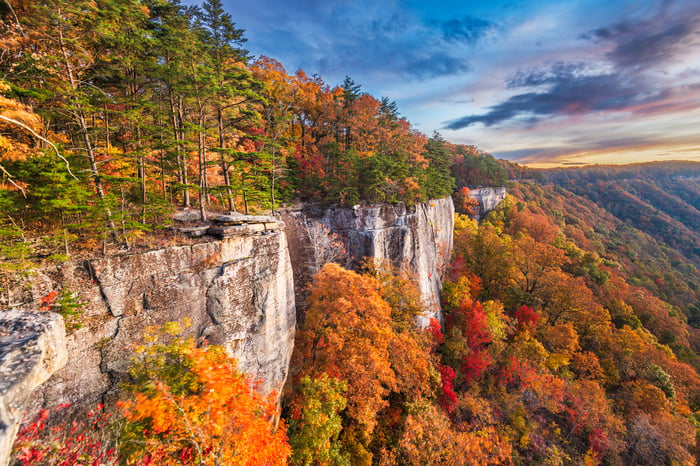 More than just a pipeline

For Berkshire, this deal isn't just about a potential pipeline, it's about acquiring a sizable amount of energy transmission assets. In fact, Berkshire is receiving assets that aren't even related to the ACP, such as the Questar Pipeline, which is a 1,888-mile interstate pipeline that delivers natural gas throughout the Rocky Mountains.

Berkshire will pay $4 billion in cash to Dominion Energy in addition to assuming $5.7 billion of Dominion's debt, valuing the real cost of the deal at $9.7 billion. Once approved by regulators, the deal is estimated to be finalized in the fourth quarter of this year.

Too much risk, too little reward

The decision came less than a month after the U.S. Supreme Court voted 7-2 in favor of the construction of the ACP 600 ft. below the Appalachian Trail. Although this was good news for Dominion, who had a 53% interest in the ACP, and Duke Energy, which had a 47% interest in the ACP, Dominion cited several reasons why "recent developments have created an unacceptable layer of uncertainty and anticipated delays for ACP."

For starters, Dominion believes that the real cost of the project is now around $8 billion instead of the originally estimated $4.5 to $5 billion. As of May, the company estimated that the project would be in service, at the earliest, in 2022, which would be nearly 3.5 years later than original estimates. The total capital expenditures of the project to date are $3.6 billion, with Dominion's project-level debt amounting to $1.8 billion.

Dominion estimated that the Atlantic Coast pipeline would contribute 20 to 25 cents of earnings per share (EPS) once fully in service for the entirety of 2022. For context, the company expects operating EPS of $4.25 to $4.60 per share this year. Therefore, although the ACP was one of Dominion's major growth projects, it actually represented a relatively minor contribution to earnings over the next few years.

Dominion plans to use $3 billion of the $4 billion in cash from the deal to buy back common stock in late 2020. The rest of the money will go toward taxes and adjustments (transaction costs) related to the deal, as well as pension fund contributions.

The Atlantic Coast Pipeline has been a money-losing venture and a big headache for Dominion Energy. The sale is in line with Dominion's broader initiative to have 85% to 90% of its future operating earnings come from predictable state-regulated utility operations -- a large part of which will focus on renewable energy.

Dominion's transition to renewables sounds good on paper, but the better question is whether its a sustainable decision for its business. Dominion originally estimated that its gas transmission and storage segment would contribute 24% of its estimated 2020 operating earnings of $4.25 to $4.60 per share.

Considering the company is now eliminating this segment, it's no surprise that its new operating EPS guidance is $3.37 to $3.63, or about 20% lower than its original estimates. However, the catch is that Dominion now expects 2021 operating earnings to grow between 10% and 11% and then grow annually at 6.5% from that 2021 base. Its initial guidance suggested a 5% annual earnings growth rate.

While the decrease in earnings sounds bad in the short-term, a little math tells us that it ends up paying off right around the same time as its 2035 and 2036 goals (discussed earlier).

Waiting nearly 15 years for the EPS change to pay off is a long time -- and it's only an estimate at this point -- but keep in mind that Dominion also gets more cash to buy back shares, an estimated increase from 70% regulated asset earnings to 85% to 90% in 2020 and even higher down the road, and of course, the positive press that comes with ESG investing.

After six years on the front lines of slugging it out with regulators and authorities, it's time for Dominion to move on from the ACP. The sale aligns with Dominion's long-term goals and gives the company a chance to buy back some stock and rebase its dividend.

Dominion Energy's stock price has fallen as a result of the deal, but considering the ACP would have likely cost the company more money in the short-term -- and future earnings remain uncertain -- I think Dominion is a buy at this price. The company has come a long way since 2005, and could go even further over the next 15 years as it charts a course toward its renewable future.

Warren Buffett vs. the Market: What It Means for Investors

Occidental Petroleum Will Pay Warren Buffett in Cash This Time
397%