The S&P 500 Index was relatively flat today, but one segment rocketed higher. In separate news, Tesla could be added to the index if the company can report a profit when it announces its quarterly results Wednesday.

In other notable news, Tesla (TSLA 4.67%) is set to report second quarter results tomorrow, July 22, in what could prove a massively important day. If the company reports a profit, that would mark a fourth-consecutive quarter of positive earnings, making the company eligible to join the ranks of the S&P 500. 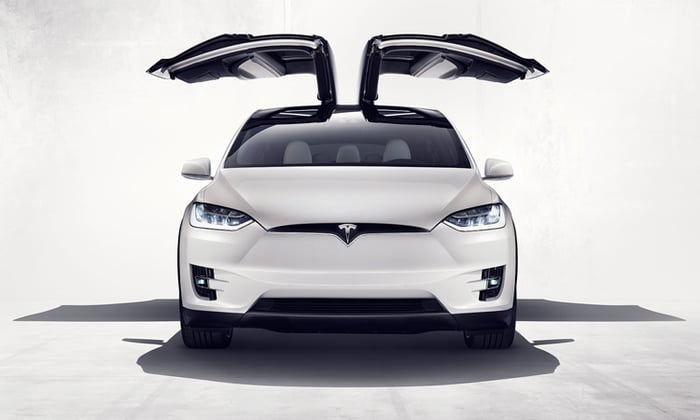 While many tech and consumer goods stocks have recovered in recent months, the oil and gas industry remains stuck in a morass of oversupply. Global producers have cut output sharply, but a glut of crude in storage continues to weigh on the industry's ability to ramp output without cratering prices again. Today's EU stimulus news helps provide some reprieve, as it is likely to increase demand and boost economic output, which should hopefully help perpetuate continued recovery in oil demand.

Here's the caveat: Crude prices are still below $45 per barrel, and many independent oil producers continue to struggle with low prices and weak demand. Without a sustained increase in oil demand and discipline from producers to not flood the market again and crater prices, the oil industry remains fraught with risk. The well-capitalized and diversified integrated majors like ExxonMobil, Chevron, and Phillips 66 (PSX 1.89%) should have little trouble surviving the downturn, but investors shouldn't expect a fast recovery to pre-crash prices.

Will Tesla make a profit and join the S&P?

Tesla, with a market cap of more than $290 billion at recent prices, would be the 13th-largest company in the S&P 500 if it were a member. But since the company has yet to deliver four consecutive quarters of positive net income, it has failed to qualify as eligible for the index.

That could change on July 22, when the company reports earnings. What does it matter? In short, it could prove another catalyst to move the company's already stratospheric stock price even higher, as the index funds that track to the S&P 500 index have to buy shares.

It all pivots on whether Tesla can make a profit or not; shares fell 4.5% today as analysts lined up to downgrade their prior expectations ahead of earnings. Tune in tomorrow to find out what happens next.

Investors were already expecting an ugly second quarter report from Coca-Cola (KO 0.76%), and the beverage giant delivered on that expectation. Revenue fell 28% and earnings were down 32%, but demand has steadily improved with each passing month; global volumes were down 25% in April, but by June they were down only 10%, and through early July volumes were only off by mid-single-digits. Investors had a smile with Coke's earnings today; shares gained 2.3%.

Looking to tomorrow, Microsoft Corp (MSFT 1.70%) is set to report its fiscal fourth quarter earnings on July 22 after market close.