Bribery! Corruption! And a stock selloff.

Shares of nuclear (and coal, and wind, and solar and hydroelectric too, but today mostly nuclear) power company FirstEnergy Corp (FE 0.34%) are getting mauled in afternoon trading on the New York Stock Exchange today, down 15.2% as of 3:25 p.m. EDT.

The reason: A bribery scandal in Ohio.

As NPR reports today, FBI agents arrested Ohioan House Speaker Larry Householder (R) this morning. The Ohio Republican chairman, a political advisor, and two paid lobbyists were arrested separately -- all part of a single alleged illegal scheme to have Ohioan taxpayers bail out a pair of troubled nuclear power plants operated by FirstEnergy in the state. 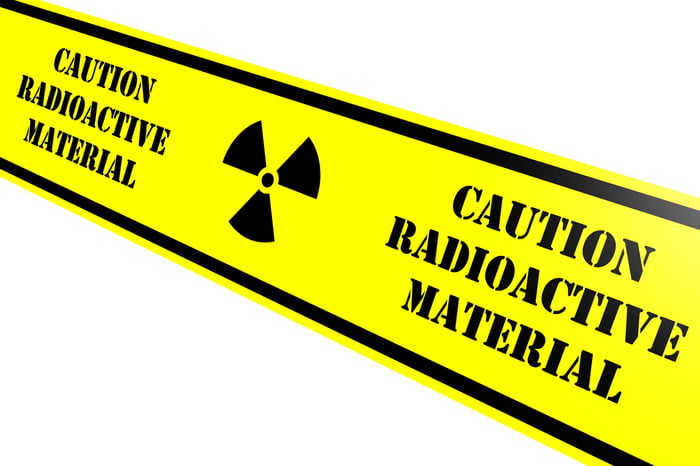 As NPR goes on to report, an unnamed "Company A" (that is presumed to be FirstEnergy) allegedly spent two years funneling about $2.9 million into Householder's campaign to first win reelection to the House in 2017 then become House Speaker in 2019. Upon winning the post, the new Speaker allegedly returned the favor by pushing a law through the House that raised electricity rates on Ohioan consumers by about $150 million a year, with the money going to support FirstEnergy's nuclear plants as well as a pair of coal plants. This law was passed six months after Householder won the speakership.

In total, political donations and bribes to parties involved may have totaled as much as $60 million.

Householder and his alleged accomplices are being charged federally with "conspiracy to participate, directly or indirectly, in the conduct of an enterprise's affairs through a pattern of racketeering activity," a crime that, if proven, could result in 20 years' imprisonment.

So much for the political saga. What does all of this mean for FirstEnergy?

First and foremost, it's worth keeping in mind that all of the above are allegations, not yet proven. And even if the politicians turn out to have been up to no good, it could be that FirstEnergy is guilty of absolutely nothing here. In any case, FirstEnergy has not yet been charged in the FBI's criminal complaint.

Regardless, investors today appear to be in a "shoot first and ask questions later" frame of mind. They're selling off FirstEnergy stock in anticipation that this story will get worse, not better, for the utility company. While that may not be fair, it's certainly understandable.