Long a leader in the gaming processor industry, NVIDIA (NASDAQ:NVDA) has been increasingly under pressure from major competitors Intel (NASDAQ:INTC) and AMD (NASDAQ:AMD). Despite the fact that NVIDIA still overwhelmingly dominates the discrete GPU sector, this increasing competitive pressure has forced the company to look to other avenues of growth. And in data centers, it might have found one. 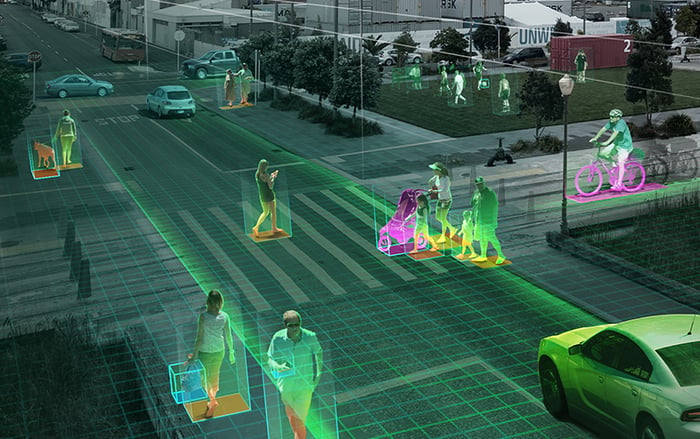 The semiconductor industry is a tough market with little product differentiation. Chipmakers gain ground by improving their architecture and manufacturing processes, which in turn improve chip performance. But those improvements require intense research and development efforts, making them quite pricey.

Gaming processors are usually targeted at consumers and related businesses, and marketing these to price-sensitive consumers often means that the average person is willing to pay less for a slightly less premium GPU. After all, the average person does not use a computer for much heavy lifting. So the incremental differences in a premium versus a middle-range processor might not be so noticeable, and price rather than performance might be the deciding purchase factor.

These factors have partially eroded NVIDIA's dominance in the gaming market. NVIDIA posted record revenue in 2019, driven by graphics cards with its Turing processor. But in the last quarter of that year, Jon Peddie Research reported that AMD grew its total graphics processing unit (GPU) market share by three percentage points, bringing its share to 19%, eclipsing NVIDIA with a one-point lead.

That is where data centers come in. GPUs are perfectly suited for the high-volume processing power that servers and large computing networks need, and they can process that information load many times faster than a central processing unit. By matching high-end, high-margin graphics processors with an increasing need for fast, parallel processing power, NVIDIA's data center division presents a great path for future growth.

NVIDIA's stock price has doubled since March 2020, and most of these gains can be largely attributed to the outstanding growth of its data center segment. Data center revenue alone increased a whopping 80% year over year, bringing its revenue contribution to 37% of the total. Gaming still contributes 43% of the company's total revenues, but NVIDIA's rapid growth in data center sales fueled a 39% year-over-year increase in its companywide first-quarter revenues. 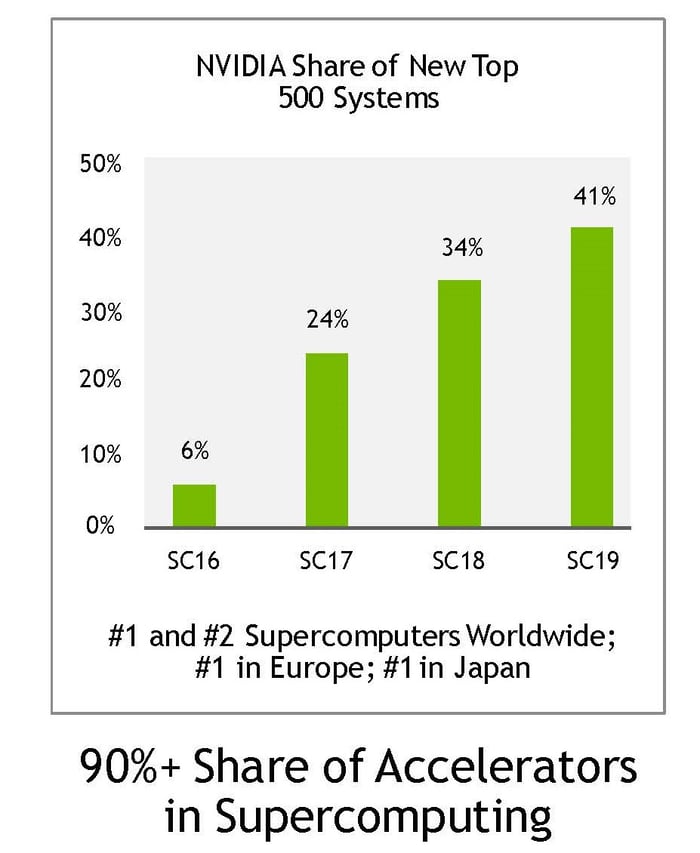 Up till now, NVIDIA's rival AMD has not been able to invest as much in high-performance data center graphics processors, leaving NVIDIA as a forerunner in this growing industry. But AMD is ramping up both its investments and ambitions in the data center market, with a new chip design specifically tailored for data centers. Long-term plans are to grow data center sales to 30% of its total revenue from the current 15%.

Those efforts mean NVIDIA might run into competition pressure similar to what it is experiencing in the consumer graphics industry. Yet with a first-mover advantage and years-long contracts with big-name companies, NVIDIA still has time to solidify its footing for further competitive expansion. And until it does, NVIDIA's data center revenue is still growing fast enough that it could soon eclipse its other business segments.

A solid foundation from which to spring

NVIDIA is well positioned to expand its business, and it displays solid fundamentals despite the increased pressure from competitors.

Even better, NVIDIA's annual free cash flow has been increasing over the past five years, demonstrating that the company has enough cash in hand to further invest in itself or return value to its shareholders.

Based on its recent acquisition of network company Mellanox, NVIDIA appears to be investing heavily in its data center business, which seems highly beneficial to its growth. If anything, the company seems to be growing stronger: Gross margin in Q1 2020 rose to 65.1% from 58.4% year over year. The company doesn't break out margins for its gaming and data center operations. But it does credit the overall margin increase primarily to the high-end GeForce GPU product mix and higher data center sales, further suggesting that high-end processors command impressive profits.

Overall, the market for gaming hardware is expected to increase over 2020 as pent-up demand and stay-at-home policies lead to a spike in sales. AMD has been encroaching on NVIDIA's market share of late, but NVIDIA has also launched a new gaming GPU based on brand-new architecture that is expected to fuel future consumer sales.

However, the evolution of its sales numbers indicate that NVIDIA's data center business unit will continue to grow at an even faster clip, potentially overtaking its core gaming segment in the near future. Combining the strong demand for gaming processors and its growing presence in data centers, NVIDIA could be an attractive tech stock to add to your portfolio.