The Nasdaq Composite (NASDAQINDEX:^IXIC) has benefited greatly from the success of its technology components recently. From day to day, though, that influence ebbs and flows. On Wednesday, neither the Composite nor the Nasdaq-100 index was able to keep pace with the Dow Jones Industrials and the broader S&P 500. However, both managed to eke out modest gains.

That's not to say there wasn't good news on the Nasdaq stock market on Wednesday. Advanced Micro Devices (NASDAQ:AMD) led the Nasdaq-100 higher after revealing new product lines. Meanwhile, newly public Jamf Holding (NASDAQ:JAMF) exploded higher on its first day of trading, and that could bode well for the IPO market overall.

AMD chips away at the semiconductor competition

Shares of Advanced Micro Devices were up 9% on Wednesday. The maker of microprocessors, graphics chips, and other semiconductor products made investors happy with its latest plans for new product releases.

Late Tuesday, AMD unveiled its latest processors for desktop computers, integrating built-in graphics for both consumer and business desktop PCs. The new Ryzen 4000 series and Athlon 3000 Series each includes proprietary AMD Radeon graphics capabilities. The chips will feature AMD's 7-nanometer architecture, which has gone a long way toward helping the company match and even surpass the performance of some of its primary competitors. 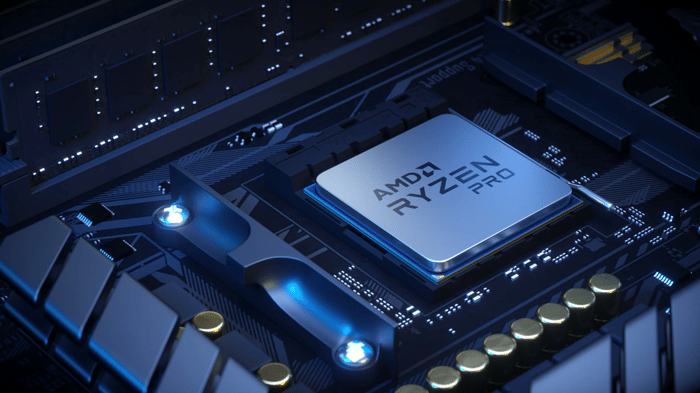 It's reasonable for shareholders to ask why AMD is focusing on desktop computing, especially as the shift toward mobile devices continues. However, the move is actually timely. As more workers look at remote work options as the COVID-19 pandemic continues, demand for desktop computers has actually been on the rise. Moreover, building relationships with original desktop manufacturers could pay off for AMD in other ways.

Shares of Advanced Micro Devices have soared in recent years, and new products are a key part of its success. Shareholders hope the upward momentum will continue for the chipmaker well into the future.

In the IPO arena, Jamf Holding was the story of the day, with shares climbing immediately out of the gate. After pricing its stock at $26 per share, Jamf opened late Wednesday morning at $46. It later moved as high as $51 before falling back, and it closed the day up about 50% at around $39 per share.

Those who use Macs and other Apple (NASDAQ:AAPL) devices know all too well that they don't always play well with software designed for other types of computers. As a result, specialty providers have sought to give Apple product users the customized solutions they often need. Jamf has been a big winner in that arena, providing enterprise management software that lets corporate users manage their inventory of Macs and other devices more effectively.

Jamf offers investors the chance to cash in on growing recurring revenue from subscriptions to its platform, which is up nearly 60% over the past year. Although the company is still losing money, Jamf's emphasis on popular Apple products will give it the chance to narrow its losses and eventually become profitable. That's what IPO investors are hoping today, and it'll be interesting to see how effective Jamf is in living up to its full potential.