In March, when COVID-19 first took hold, the economy seemed to implode overnight. By the end of the month, weekly unemployment claims peaked at an astounding 6.9 million, which signaled that whether economists were ready to declare it or not, our economy had entered a recession.

But things seemed to improve somewhat since then. In fact, since that single week of 6.9 million claims, the weekly number of jobless claims has been tapering off -- until now.

On July 23, the U.S. Department of Labor reported an uptick in unemployment claims, with 1.4 million Americans filing for first-time benefits. And while that news isn't shocking, it drives home the point that the quick economic recovery a lot of people may have hoped for is unlikely to happen. 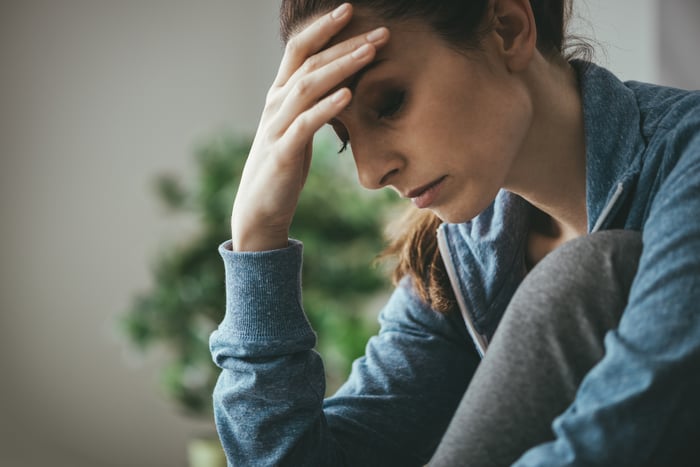 COVID-19 cases have been surging throughout the country in July, and so it's not all that surprising to see an increase in unemployment claims this week. And as states impose added restrictions, it stands to reason that joblessness will increase, especially in already hard-hit industries like restaurants and entertainment.

But unfortunately, the timing of all of this is atrocious. In March, the CARES Act was passed to provide COVID-19 relief, and it included a $600 weekly boost to unemployment benefits that's been keeping many workers afloat during these troubling times. But that $600 weekly boost is set to expire at the end of July, which means anyone applying for unemployment right now may be limited to a much lower benefit.

That said, lawmakers are debating the idea of extending the boosted unemployment, and an uptick in jobless claims could fuel the argument that Americans need that relief in place for longer. The fact that unemployment declined in both May and June, compared to April's record-high level, drove lawmakers to argue that that extra relief would no longer be needed past July.

Some also held firm in the belief that boosted unemployment was a deterrent to job creation. Because so many lower-income Americans actually got a raise on unemployment compared to what they earned formerly, the belief was that keeping the $600 weekly boost in play would prevent jobless folks from reentering the workforce once that opportunity presented itself. But when we look at the current picture -- rising unemployment and a worsening of the outbreak -- it supports the idea that boosted unemployment should, in fact, remain in effect for at least the remainder of the year.

Right now, lawmakers are trying to work out a second stimulus deal to provide relief to not just jobless Americans, but the entire country on a whole. In addition to extending boosted unemployment, they'll be discussing the idea of a second round of PPP loans for businesses that have already exhausted those funds. The first round of PPP loans served the important purpose of saving millions of jobs, and with unemployment now starting to climb, a second round could prove crucial in the fight to limit the financial fallout of COVID-19.