The sports programming powerhouse is serving as the poster child for streaming cable's biggest shortcoming.

In September of last year, ESPN's parent Walt Disney (DIS -0.48%) and AT&T's (T) television arm were at an impasse. AT&T wanted to retain its rights to air Disney's cable TV content -- which includes entertainment from ABC, ESPN, and of course, Disney -- but it wasn't thrilled with Disney's terms. The two companies finally came to an agreement in the latter part of September before a blackout became necessary.

Those reports of an impasse largely went ignored. That's because consumers and investors had heard these well-publicized spats before. Just a few months earlier, Charter and Disney were engaged in similarly tense negotiations. In 2014 (before DirecTV was acquired by AT&T) the satellite cable name was struggling to reach a Disney content carriage agreement both companies could live with. In 2013 it was Disney and Dish Network duking it out, once again mostly over the costs of carrying ESPN's programming.

The common element in all that hard-fought dealmaking? ESPN.

The sports network giant is not apt to be any less of a sticking point for virtual multichannel video programming distributors (vMVPD) now than it's historically been for conventional cable companies. A couple of developments within the past month underscore this idea. 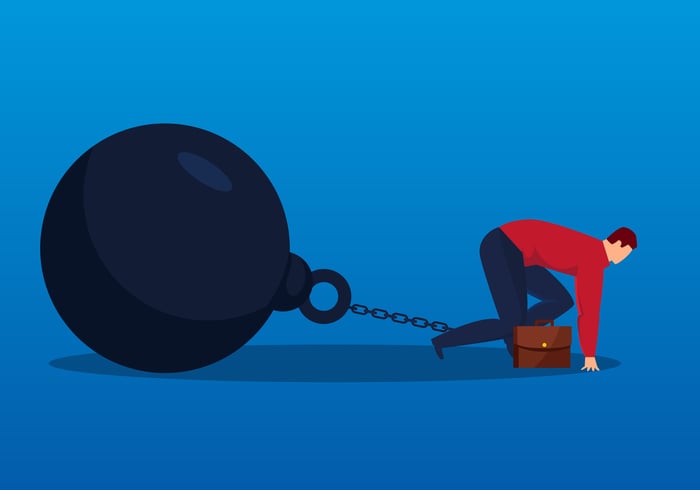 It's difficult to blame cable companies for balking. ESPN is an expensive product to add to a cable package's lineup -- by a country mile.

Walt Disney doesn't disclose specific terms of carriage deals it makes with cable providers, and presumably, it offers different per-subscriber deals to different carriers. All estimates of its costs are sky-high though. A 2017 calculation from SNL Kagan suggested cable companies forked over $7.21 per month per subscriber for rights to ESPN's broadcasts. Adding on all of ESPN's derivative channels, the tally exceeded $9 per month per customer. Fellow Motley Fool writer Luis Sanchez crunched some numbers here and came to a similar $9/month conclusion.

That's a lot of money. For perspective, Fox Sports only costs about $1.86 per month per cable subscriber to carry. Most channels cost a cable company less than $2 per month per user, and many reportedly cost them less than $1 per month to deliver to their customers. Cable companies bundle them all together rather than individually (1) because they can and (2) because selling individual channels a la carte could be maddening.

Even so, forcing the pricey ESPN broadcast into a bundle is a win/win for Disney and the cable provider in question. As Sanchez explained, ESPN's ratings are incredible. It reaches more than 200 million viewers every month. By most measures, it's worth the price if only because it brings viewers to a cable package's other channels that may not be quite as frequently watched.

In recent years though, even the common cable bundle inclusive of ESPN has proven a tougher sell. Some estimates peg ESPN's viewer losses between 2013 and 2019 at 16 million, in step with the number of consumers eMarketer reports have cut the cord during that timeframe.

Their primary complaint? The burgeoning cost of cable. ESPN may not deserve all the blame, but there's a reason it's been the focal point of so many carriage-cost standoffs in recent years.

Fast forward to later last month when a trio of live streaming platforms said they would or did impose price hikes that make them almost as expensive as those traditional cable prices consumers have been trying to avoid.

That's Alphabet's (GOOG -0.79%) (GOOGL -0.79%) YouTube TV, AT&T's DirecTV, and FuboTV. The former -- which includes ESPN in its channel lineup -- raised its monthly price for cable service by $15, to $64.99. Several of DirecTV's core packages now cost an additional $10 per month, while Fubo upped its monthly bill on most of its plans by $5 beginning in August.

AT&T said nothing about its price hike, while Alphabet broadly chalked it up to the inflation typical of the cable TV business.

FuboTV's price increase came with a curious lineup change though. It dropped TBS, TNT, and some other Warner Media channels it had previously offered, which would seemingly lower the cost of service. But it added back in ESPN to its lineup along with some other content, leading to a surprisingly significant price hike given the simultaneous removal of several channels.

None of these virtual multichannel video programming distributors' customers were asked about what sort of packages they wanted. They were simply told what they're going to get.

We'll never know for sure if FuboTV's price increase is directly linked to the addition of ESPN to its channel lineup, just as we'll never know if at least part of YouTube TV's price increase was an effort to offset Alphabet's carriage costs for Disney content. YouTube TV added some ViacomCBS (PARA 0.28%) (PARA.A 0.38%) content to the mix at the time it raised prices, obscuring any cause-effect outcome. But it's unlikely that it added $15 worth of ViacomCBS programming per month.

What is clear is that streaming cable distributors don't seem to have any more ability or willingness to offer a la carte, stand-alone, or custom-built cable packages than conventional cable companies did. The powerhouses in the nascent virtual cable industry are playing ball with Disney much the same way their conventional cable predecessors did. Those predecessors are subsequently dealing with an unrelenting wave of cord-cutting.

And things may get worse for both types of media middlemen before they get better. A recent poll taken by ESPN indicates that 59% of consumers can't wait for live sports to return to TV. It sounds great, except that leaves more than 40% of consumers not really concerned about access to sports programming. Indeed, a similar poll recently performed by Roku indicated that of all the consumers that have canceled their cable service since the coronavirus outbreak took hold, only 17% of them will reconnect their cable once live sports resume. That's not exactly a sign that sports is gotta-have-it programming.

Bottom line? As was the case with traditional, linear cable, it's only a matter of time before many streaming cable customers start to wonder why they're paying for something they don't actually want. The industry seems to be fighting the advent of a la carte programming, but that option's looking increasingly inevitable.