Please ensure Javascript is enabled for purposes of website accessibility
Log In Help Join The Motley Fool
Free Article Join Over 1 Million Premium Members And Get More In-Depth Stock Guidance and Research
By Adam Levy – Jul 24, 2020 at 10:00AM

Few subscribers have activated HBO Max despite paying for it.

AT&T (T 0.38%) revealed some early numbers for HBO Max in its second-quarter earnings call. The company launched the expanded streaming service at the end of May, and by June 30, 4.1 million households activated the service. Most signed up directly via hbomax.com or through an in-app purchase, while about 1.2 million activated their accounts through AT&T bundles.

While AT&T's management says it's pleased with its early results, they can't be too pleased about the 5.9 million households still subscribed to HBO without access to HBO Max.

The main reason so many households can't access HBO Max is because AT&T can't get a deal done with Amazon (AMZN -0.64%) or Roku (ROKU 1.22%) for their connected-TV platforms. Most, if not all, of those 5.9 million subscribers signed up for HBO through Amazon Channels or the Roku Channel.

CEO John Stankey called out Amazon specifically during AT&T's second-quarter earnings call. "Unfortunately, Amazon has taken an approach of treating HBO Max and its customers differently than how they've chosen to treat other services and their customers," he said. 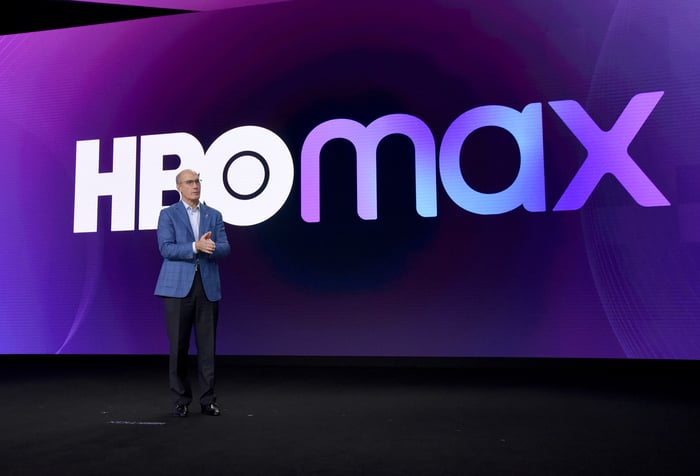 Amazon still has the upper hand

Earlier this year, Amazon said it had around 5 million HBO subscribers paying through its Amazon Channels service. That gives it considerably more than the 4.1 million subscribers actively using HBO Max and represents a sizable portion of AT&T's total HBO subscriber base. If AT&T wants to significantly increase activations of its new service, Amazon holds the keys.

But Amazon isn't offering the type of engagement AT&T wants. Amazon wants to keep HBO subscribers within the Channels ecosystem. That gives it access to viewer data and the opportunity to engage users with additional content outside of HBO. Roku's looking for a similar deal with its Roku Channel offering. AT&T wants Amazon to send users to the dedicated HBO Max app, where it can control the data and user experience more tightly.

AT&T believes it's entitled to the same types of deals its predecessors like Disney (DIS -2.31%) received. But Amazon and Roku didn't have 5.9 million Disney+ or Hulu subscribers across their respective Channels products. Investors should recall Disney and Amazon didn't agree to terms until the last minute before the service launched.

Amazon may have been swayed to cut a deal with Disney by the overwhelmingly positive early response to Disney+. The early response to HBO Max has been much more muted. AT&T added less than 3.7 million non-commercial HBO subscribers in the second quarter and just 4.1 million HBO Max activations.

AT&T's getting in its own way

AT&T may have far more to gain than it loses by conceding HBO Max as a subscription option for Amazon Channels or The Roku Channel. Over 22 million HBO subscribers still haven't activated HBO Max despite paying for it through their pay-TV provider.

Stankey says that the shortfall is due to a lack of consumer education. "We still have work to do to educate and motivate the exclusively linear subscriber base," he said. "We'll continue to work with our wholesale partners to drive these activation rates."

But considering Amazon and Roku account for about 70% of the connected-TV market, it's more likely not having an app on either platform is what's holding back activations. If AT&T's main goal is to get more people using HBO Max and collecting data on those users' viewing habits, then it has much more to gain by sacrificing a fraction of its viewing data to Amazon or Roku.

Amazon and Roku are proving how big of an impact they can have on the success of a service like HBO Max. Given that 5.9 million subscribers haven't been motivated to change their subscriptions to gain access to HBO Max, and 22 million more aren't bothering to activate their subscriptions, one can grasp the value of having an app on the major connected-TV platforms. Media companies that think they can go without a deal with Amazon or Roku are fooling themselves.