The sport isn't dead or even dying, but it certainly isn't growing the way Callaway shareholders would like it to.

Golf just isn't the draw it used to be for amateur players or fans of the pros. Over the past decade, an estimated 800 U.S. golf courses have closed. After the number of regular golfers reached a peak of around 30 million in 2005, it's since declined to 24.3 million, according to the National Golf Foundation. Interest in televised PGA play has been slipping as well, with last year's final round of the PGA Championship bordering on its weakest viewership since 2001.

The trends pose a problem for several components of the industry, from course owners and equipment retailers to tournament sponsors. It's particularly problematic for Callaway Golf (MODG -2.46%), however, as it's almost entirely focused on the dying sport. 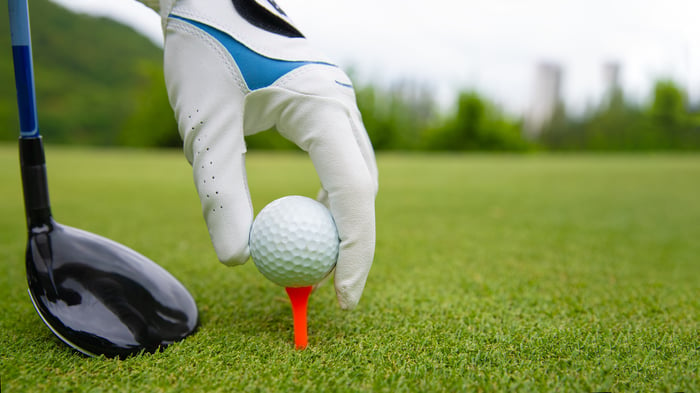 Fans and followers of the golf industry will be quick to point out there have been recent signs of new life for the business. For instance, last month's ratings for the Charles Schwab Challenge tournament soared to multiyear highs. They'll also point to the National Golf Foundation's 2019 report indicating that the total number of people who stepped foot on a real course in the U.S. last year reached 24.3 million, up by about 100,000 from 2018.

Take both statistics with a grain of salt, though. Ratings for last month's televised tournament may have surged only because the shrinking number of golf fans are hungry for any sort of golf-based entertainment; many courses were and remain closed due to the pandemic. As for participation, a 0.4% year-over-year improvement isn't exactly thrilling, given how little these players actually get on a course.

Last year, U.S. golfers played a total of 441 million rounds. That's up from 2018's 434 million, but the National Golf Foundation made crystal-clear a year ago that 2018's total rounds were suppressed by 2018's rain levels, which made it the third-wettest year in over a century. On the flipside, 2019 was unusually soggy too.

Golf will survive. There are enough signs of new life to conclude at least that much. Surviving isn't the same as thriving, though, and for investors, there are too many superior opportunities to make owning Callaway a priority.

A big fish, but it's still a shrinking pond

In some ways, a shrinking (or at least stagnating) golf industry has proven beneficial to Callaway Golf. It's set the stage for consolidation within the industry, which has allowed Callaway to expand its reach among golfers. Case in point: In 2017, Callaway acquired golf and lifestyle apparel company TravisMathew. Earlier that same year, Callaway closed its purchase of golf brand OGIO. Such deals not only offer the golf outfitter more ways to drive revenue, but they give Callaway better control of the overall market.

Growth by acquisitions can only carry a company so far. At some point the organization must produce organic growth rather than shell out cash to add new brands. If nothing else, Callaway will eventually run out of well-suited acquisitions.

Last year's acquisition of Jack Wolfskin underscores this idea. It's a high-profile outdoor apparel brand, but it's not a golf brand. Callaway is in unfamiliar territory. And even with the addition of Jack Wolfskin, analysts don't expect impressive profit growth. Its core golf business is expected to continue bumping into a headwind even without the COVID-19 overhang. 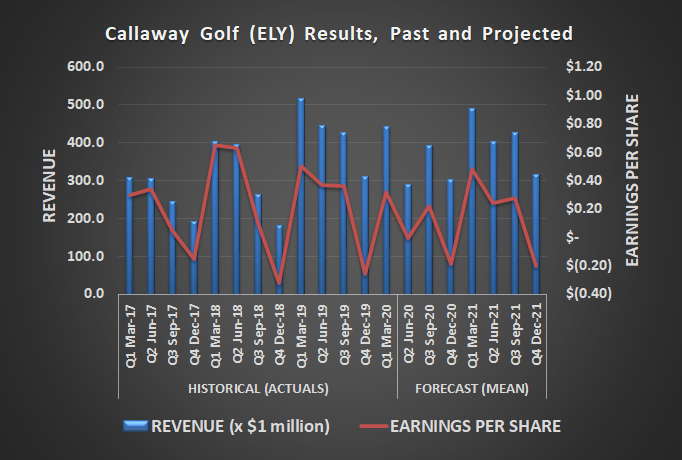 It's a culture thing, and not likely to change

Don't look for the golf business to make a major turnaround anytime soon either -- if ever -- despite last year's green shoots. There simply aren't enough young people showing enough interest in the sport to offset the aging out of its enthusiast base.

Contrary to a common narrative, millennials don't hate golf. They just like golf their way. That is, they like indoor virtual golf, or a round of golf mixed with party-like games between holes, or an entirely less stodgy and less expensive experience. Except, none of those nuances are widely acceptable in the eyes of golf's elite old guard. The sport has historically centered around private clubs. That aura of high-priced exclusivity, however, has turned off many millennials. A recently published survey performed by CGA partners found that 75% of the millennials who quit playing the game did so because it was too expensive.

Moreover, the few young people who actually have given the sport a shot are finding too many other things to do. The same survey indicated 63% of millennials who gave up the game did so because it was too time-consuming. That idea echoes Global Golf Advisors partner Henry DeLozier's explanation from earlier this year that "many [millennials] love golf, but also 10 other activities equally."

That's not to say they can't change their minds and hone in on golf in the future. But in a world now overloaded with rivaling tech-centric entertainment options like esports or casual video gaming, younger consumers are less likely to get into and stay in the game while their aging parents are playing less and less.

That's something the golf industry has never had to contend with in the past. Callaway Golf is on the wrong side of this dynamic, and that makes it a tough sell for investors looking to buy the stock.