McDonald's is having big problems with breakfast, and 3M is still seeing weak demand for a variety of product categories.

The Dow Jones Industrial Average (^DJI -0.04%) was trying to stage a comeback Tuesday afternoon after spending the morning in the red. The Dow was down roughly 0.17% at 2 p.m. EDT.

Negotiations over another stimulus bill to support workers and businesses during the pandemic began on Tuesday after Senate Republicans unveiled a $1 trillion plan. That plan would extend the federal supplemental unemployment benefit but at a rate of $200 per week instead of the current $600 per week.

Shares of McDonald's (MCD 1.33%) and 3M (MMM -0.60%) were dragging down the Dow on Tuesday following quarterly reports from the blue-chip companies that disappointed investors. 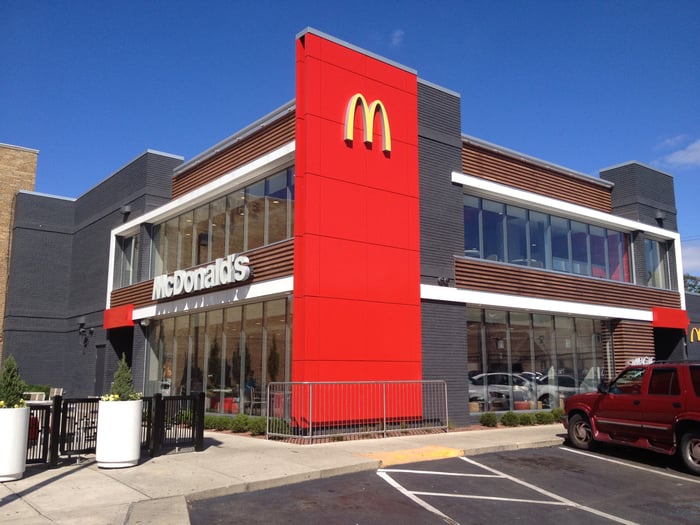 Total revenue tumbled 30% for McDonald's in the second quarter, slightly better than analysts were expecting. But the bottom line fell a bit short, with adjusted earnings-per-share (EPS) of $0.66, missing estimates by $0.10. EPS was down 68% from the prior-year period.

Breakfast remains a problem for the restaurant chain, given that many employees are still working from home. Almost all the company's locations are now open globally, with 99% of locations open in the U.S. About 2,000 U.S. locations are offering dine-in.

McDonald's sales recovery throughout the quarter has been driven by the easing of government restrictions. With confirmed cases of COVID-19 surging in some places across the U.S., new restrictions that could crimp the company's sales are possible.

Shares of McDonald's were down 2.2% Tuesday afternoon. The stock has largely recovered from the pandemic-driven sell-off in March, but it remains down 11.5% from its 52-week high.

McDonald's is far from the only company suffering from steep sales declines. Industrial conglomerate 3M missed analyst estimates across the board with its second-quarter report, with sales slumping by more than 10%.

3M provided no guidance due to the uncertainty surrounding the pandemic. However, the company did provide an update on July sales trends. So far this month, total sales are up a low single-digit percentage compared to the prior-year period. The company will continue reporting monthly sales data throughout the third quarter.

While 3M's sales are trending in the right direction, investors were nonetheless disappointed by the company's second-quarter report. The stock was down 4.2% in the afternoon.

Why McDonald's, Mastercard Are Moving the Market This Morning
413%