Struggling small businesses may be in line for added relief, but not every business will qualify.

Though the COVID-19 crisis has wrecked the U.S. economy on the whole, small businesses have taken an exceptionally hard hit. Many were forced to close their doors earlier on in the year, when much of the country was on lockdown, and some might never recover from those weeks of lost revenue.

Thankfully, small businesses did get some initial relief in the form of Paycheck Protection Program (PPP) loans. Those loans were 100% forgivable provided businesses used at least 60% of their loan proceeds to cover payroll costs.

To date, the PPP has saved millions of jobs, but many of the companies that received PPP loans have exhausted those funds, or are getting close. Because PPP loans were capped at two and a half times a business's monthly payroll costs, and much of those funds were disbursed back in April or May, that money is running out quickly, and without more, layoffs may be inevitable. That's bad news at a time when the economy is in a recession and finding new jobs is extremely difficult. 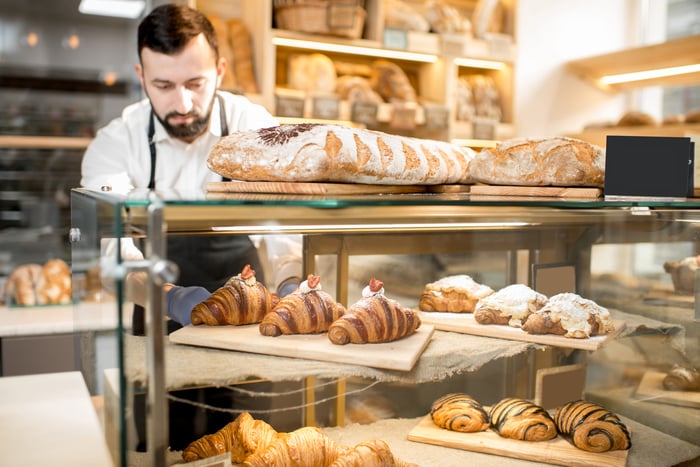 The good news, however, is that there may be some relief in store for small businesses that have already been negatively impacted by the COVID-19 crisis. Yesterday, Republican lawmakers unveiled a stimulus package that includes another round of PPP funding -- but not every small business will be eligible to receive more money.

During the initial round of PPP loans, small businesses with up to 500 employees could apply as long as they were able to certify that the reason for their application stemmed from economic uncertainty. And back in April, it was pretty easy for any business to claim that.

Under the new Republican plan, a second round of PPP loans will be made available to struggling businesses, but with a couple of key changes:

If the Republican plan passes, those businesses that do receive PPP loans will also have more flexibility on how to spend the money. Specifically, they'll be able to use their funds to purchase protective equipment for employees and customers, including masks and sanitizer. They'll also be able to use their funds for updated ventilation, which is said to be essential to curbing the spread of COVID-19 in indoor settings.

Will the second round of PPP loans pass?

The second round of PPP loans described above is part of the Republican-proposed HEALS (Health, Economic, Assistance, Liability Protection, and Schools) Act, which still needs to be passed into law. The HEALS Act also calls for a second round of direct stimulus payments and boosted unemployment benefits. Given the number of Americans who are desperate for financial relief during the ongoing recession and the fact that the existing unemployment boost has expired in practice, lawmakers will likely be eager to come to an agreement on a stimulus deal quickly. And if that's the case, hard-hit small business owners may soon be able to breathe a sigh of relief.