Shares of energy-in-a-box fuel cell company Bloom Energy (NYSE:BE) ended the day down 4% on Monday, which was actually good news considering that they were down even more earlier in the day. But Monday is history, and in Tuesday trading, Bloom Energy stock is leading the alternative energy sector even lower once again. As rival fuel cell stocks like Ballard Power (NASDAQ:BLDP) and Plug Power (NASDAQ:PLUG) give up a percentage point or two, respectively, Bloom Energy stock is down a whopping 7.2%. 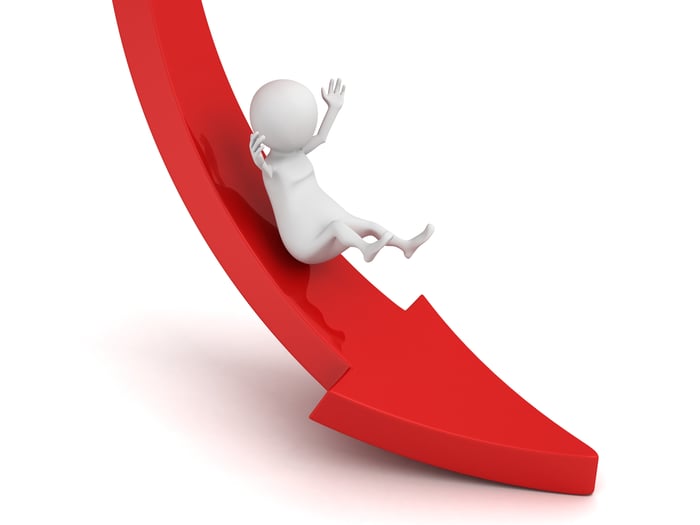 Does that make sense? Yes, Barron's magazine raked Bloom and other fuel cell stocks over the coals, declaring the run-up in hydrogen fuel-cell stocks a "bubble." The magazine attributed it to news reports that the European Union is planning "to invest hundreds of billions of euros in technologies enabling it to get a substantial share of its energy from hydrogen by 2050." Nevertheless, Barron's notes that "it could take a decade before environmentally friendly hydrogen is competitively priced with natural gas."

And while you can't fault Bloom (and Plug) for trying to jump into this market early, Barron's warns that they'll be facing some serious players with bigger balance sheets -- competitors like Cummins, Air Products, and China. Moreover, with Ballard, Plug, and Bloom currently unprofitable, they will be entering this fight seriously handicapped against their rivals.

All that being said, I have to point out that of Plug Power, Ballard, and Bloom, only Bloom is currently generating positive free cash flow. Given this, the fact that Plug and Ballard are continuing to outperform Bloom (even if only by not going down as much as Bloom) is frankly incomprehensible.

Bloom still looks like the best of a bad bunch of bets on "the hydrogen economy" replacing the hydrocarbon economy. It shouldn't be punished as severely as it's being punished.