A well-informed approach to investing could put you on a path to life-changing returns.

Smart growth investing could change your life. Finding just a few highly successful companies and holding for the long term can define your portfolio's performance, and having some time-tested guiding principles will put you in better position to identify promising opportunities capable of going the distance.

There's no surefire formula that will account for all potential outcomes or guarantee stellar gains, but an informed approach to growth investing can help you dodge financial pitfalls and prime your portfolio for superior performance. Investors looking to double their returns should adopt these tips and strategies. 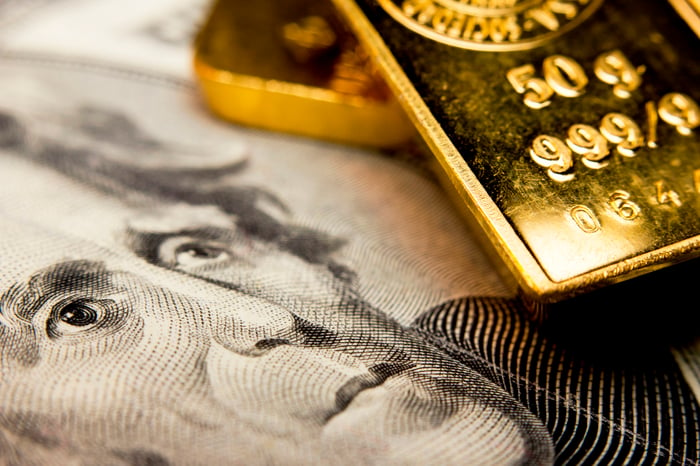 Trying to find companies that look cheap based on valuation metrics makes plenty of intuitive sense if you're looking to improve your investing performance. The problem is that stocks trading at low earnings and sales multiples are often "cheap" for a reason.

Video game retailer GameStop (GME 2.40%) traded at roughly five times trailing earnings and paid a dividend yielding about 8% at the end of 2017. However, its business was struggling as video games were increasingly being sold through digital downloads rather than physical media. The company's yield reached around 12% at the end of 2018 amid price declines for its stock, but the company was forced to suspend its dividend in June 2019. Its share price has declined approximately 82% over the last three years.

Video game publisher Take-Two Interactive (TTWO 0.60%) has almost always traded at higher price-to-earnings and price-to-sales multiples than GameStop. It's also never paid a dividend. But Take-Two's software lineup has also gotten progressively stronger, and the rise of digital distribution for video games has helped boost its sales and margins. There have been plenty of signs over the last decade that the business was on the right track.

If you invested $10,000 in GameStop three years ago, your position would be worth about $1,800 today. The same investment in Take-Two would now be worth close to $20,000. Prioritizing strong companies over superficially cheap stocks will have a pronounced, positive impact on your performance.

2. Don't be afraid of volatility

Most investors have had the experience of buying shares in a promising company -- only to quickly sell after becoming discouraged with business or share-price performance. Negative coverage from analysts or a disappointing earnings report can mean that the hot growth stock you bought a couple months ago takes a hit, and fixation on the near-term outlook can prompt investors to prematurely exit positions might eventually generate huge returns.

Look to Shopify's (SHOP 4.35%) stock performance over the last few years for an example of how sticking to your guns during periods of volatility can pay off. The e-commerce services company was riding high following its initial public offering in 2015, but the stock's meteoric rise was temporarily put on hold after Citron Research published a highly critical note on the company in October 2017.

The company's stock slid 13% in the final quarter and closed out the year at $101 per share, but the setback was only temporary. Shopify went on to continue posting stellar sales growth, and today the stock is valued at $976 per share -- up more than 860% from its price at the end of 2017.

If you purchased shares in Shopify the day before Citron's report kicked off a period of sell-offs for the stock, your investment would be up roughly 720% based on the company's current share price. Your returns would be even better if you continued buying shares as the business was temporarily losing favor with the market. Shopify shares purchased at their low point following the sell-off triggered by Citron's report in October 2017 would be up more than 950% today.

For a more recent example of how buying during sell-offs can elevate your gains, look to the stock's trajectory this year. 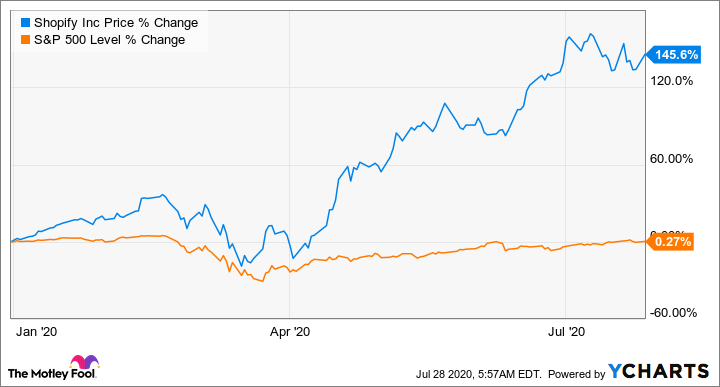 Shopify is crushing the market with gains of more than 140% on the year, but your position would be up more than 200% if you bought at the low point following March's coronavirus-driven crash. Buying into a dip only makes sense if you're in a position to put more money into the market and you're optimistic about the company's long-term prospects, but it can make a huge difference in your overall returns.

4. Hone in on small-cap companies

These market-leading tech giants have the benefits of scale and plenty of industry tailwinds at their backs, but a smaller company generating $100 million in annual revenue has a much easier path to doubling the size of its business in many respects. Small-cap companies tend to be riskier because they're less established, but investing in a promising business at a relatively early stage can lead to fantastic returns.

Businesses will typically have an easier time growing if they're operating in an industry that's rapidly expanding or benefiting from other trends. Even if a company's execution falters or its business encounters some near-term setbacks, powerful market trends can help enterprises emerge from challenges and then post tremendous growth as operations improve. Operational execution will always play a big role in a company's performance, but focusing on influential industries and trends will improve an investor's chances of selecting stocks that can deliver huge returns.

This E-Commerce Stock Has Massive Opportunity Ahead

The Single Greatest Investing Lesson I Ever Learned

3 Bear Market Mistakes Investors Should Avoid at All Costs