GoPro (NASDAQ:GPRO) has been getting some attention lately, mainly because the popular stock-trading app Robinhood gives its users one free share in a company when they sign up for the service -- and many times, they get GoPro's stock. That might sound like a good deal at first blush, but GoPro's stock has struggled for years. Since the company went public in 2014, its shares are down 83%.

Investors who are considering buying GoPro or adding to a current position might want to reconsider. Amazon (NASDAQ:AMZN) and Netflix (NASDAQ:NFLX) -- two companies that have not only established themselves as leaders in their respective markets but also have great long-term potential to grow -- are far better investments. Here's what sets them apart. 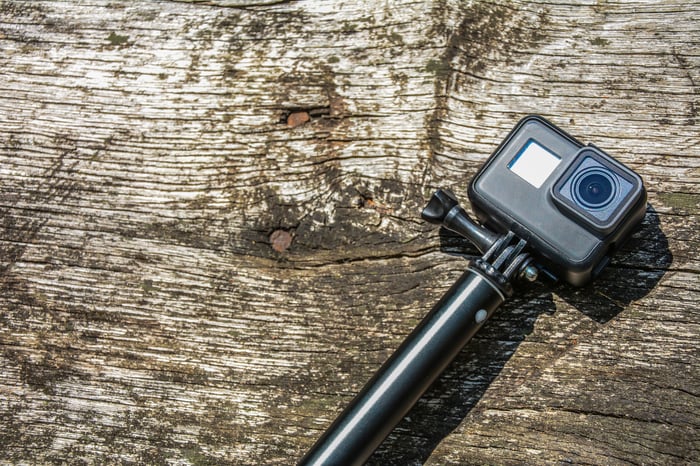 Amazon is a unique investment because it has its hands in so many different types of businesses. E-commerce? Check. Smart assistants and e-readers? Yep. Cloud computing? Affirmative. Grocery stores? Uh-huh. The list goes on, but the point here is that Amazon is not only a leader in the e-commerce market but also makes significant investments in new areas of growth.

That's important for investors who are looking to buy and hold a stock for five years or more. You want to own stock in a company that not only knows how to generate sales today but is also positioning itself to continue doing so for many years to come.

AWS's leading cloud position, mixed with Amazon's e-commerce dominance, ensures that this tech giant will be one of the best long-term investments around. During the pandemic, more people are realizing the need for getting everything from toilet paper to home office equipment delivered right to their doorstep, which makes Amazon's e-commerce lead more important than ever.

While GoPro's shares may seem tempting if you believe the company can turn itself around, Netflix continues to grow by leaps and bounds.

In the second quarter, Netflix added 10 million net paid subscribers, far more than the 8.2 million Wall Street was expecting. The pandemic has helped drive some of the subscriber growth, as people are spending more time at home, watching streaming TV and movies, than before. Netflix ended the quarter with nearly 193 million paid subscribers, an increase of 27% from the year-ago quarter.

Netflix has also been adding subscribers by developing new content for international audiences. The company had 120 million subscribers outside the U.S. and Canada at the end of the second quarter, and since it's still building out its international presence, there's still plenty of room to boost that figure.

Additionally, even facing increasing competition in the video-streaming market, Netflix was still able to increase its sales by 25% in the most recent quarter, and management expects revenue to increase 20% year over year in the third quarter.

Sure, it might be tempting to hold onto your GoPro stock or buy some if you don't already have a position. But Netflix and Amazon are already playing at the top of their game, and they're both positioning themselves to remain in consumers' daily lives for years to come. GoPro simply doesn't hold a candle to these tech giants.