Please ensure Javascript is enabled for purposes of website accessibility
Log In Help Join The Motley Fool
Free Article Join Over 1 Million Premium Members And Get More In-Depth Stock Guidance and Research
By Adam Levy – Jun 11, 2020 at 10:16AM

A survey suggests international penetration rates have a long way to climb.

While Netflix's success close to home has been great, its international operations now dwarf its U.S. subscriber base. It ended the first quarter with nearly 113 million subscribers outside the U.S. and Canada. And that could be just the tip of the iceberg for Netflix.

Analyst Mark Mahaney conducts a quarterly survey about Netflix and its rivals and uncovered some interesting patterns in this quarter's survey. Satisfaction rates were higher for international Netflix subscribers than for U.S. subscribers. What's more, penetration rates are higher in early international countries like Mexico.

When combined with massive investments in international programming, this pattern could lead to higher penetration rates internationally than in the U.S. That could mean Netflix still has room to grow by hundreds of millions of subscribers. 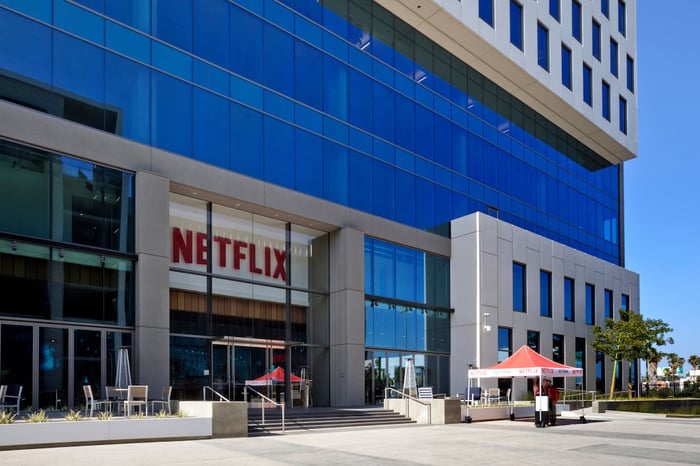 The key to Netflix capitalizing on its international opportunity is to follow the same plan that enabled it to go from less than 30 million to over 60 million subscribers in the U.S. -- that is, provide more value than the price consumers pay and invest heavily in original content to attract new subscribers. Those are the two main factors consumers consider when signing up for a streaming service. And consumer decision-making doesn't change when you go to another country.

Perceived value is a function of price and content. Netflix's average revenue per user (ARPU) is lower outside of the U.S. and Canada.

When Netflix raised its monthly subscription prices in the U.S. in 2019, Mahaney saw satisfaction rates decline. That coincided with the launch of new streaming services like Disney's (DIS -2.60%) Disney+ in the back half of the year, and translated into subscriber losses. Keeping prices low can improve satisfaction scores and keep churn rates low.

A low turnover rate is important because it gives Netflix lots of data so it knows what kind of content works in a country and what doesn't. That can maximize the efficiency of its investments in catalog content and originals.

Originals are key to staying ahead of the competition

Netflix is investing heavily in local-language original content. And with competitors growing fast, the company needs to build up a base of popular original series with audiences all over the world.

Netflix admitted that Disney+ had an impact on its subscriber numbers when it launched in the U.S. And Netflix had a huge head start. Disney is quickly expanding internationally with plans to take Hulu international as well. And local streaming options are cropping up all over the world.

Competitors can have a meaningful impact on satisfaction scores and subscriber retention, especially if they undercut Netflix on pricing.

Originals can offset that impact. If your favorite series is on Netflix, you're going to pay for it as long as the price is reasonable. With its higher-margin user base in the United States, Netflix can afford to invest more quickly in international markets than it did in the U.S. That could accelerate the penetration rate in those markets. So what took seven years in the U.S. could only take a few years in the rest of the world, translating into hundreds of millions of additional subscribers.