Here's how the big drugmaker fared in its first quarterly update with Allergan under its wing.

AbbVie (ABBV 0.12%) announced its second-quarter results before the market opened on Friday. This quarterly update was significantly different than any other in the big drugmaker's history. That's because Q2 was the first time for AbbVie to report quarterly results after the closing of its acquisition of Allergan on May 8, 2020.

How did AbbVie fare in its first quarterly results with Allergan under its wing? There was good news and bad news. Here are five key things you'll want to know about AbbVie's Q2 update. 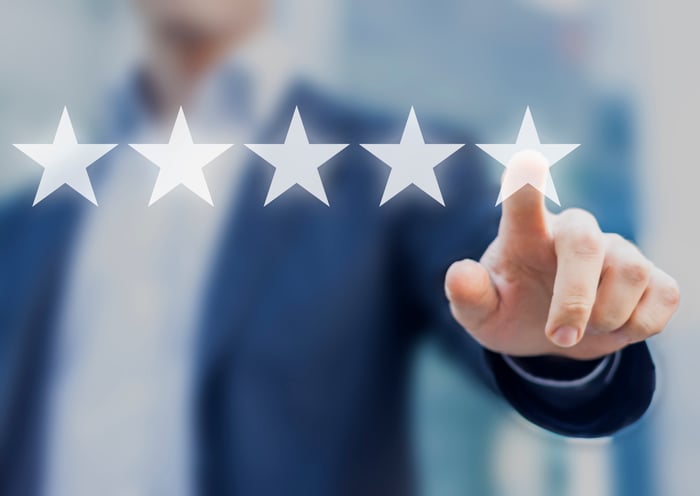 1. Allergan acquisition hurt instead of helped

AbbVie reported total revenue of $10.425 billion in Q2, up 26.3% year over year. It makes sense that the company's revenue would increase significantly with the inclusion of the sales for Allergan's products. However, the Allergan acquisition actually hurt AbbVie more than it helped in the second quarter.

On an operational basis (calculated by assuming the Allergan acquisition occurred on Jan. 1, 2019), AbbVie's total revenue declined 5.3%. And the slide resulted mainly from lower sales of Allergan's products.

Sales for Allergan's vaunted Botox cosmetic franchise plunged 43.1% year over year to $226 million. It wasn't a much better story for Botox therapeutics, with sales sinking 22.3% to $297 million. Sales for eye-care drug Restasis fell 19.5% to $138 million. One of the few bright spots for Allergan was antipsychotic drug Vraylar, with sales jumping 70.4% to $192 million.

The COVID-19 pandemic was the culprit behind the dismal overall performance of Allergan's lineup. Unfortunately for AbbVie, the timing of the close of the acquisition wasn't great.

2. Humira is no longer a growth driver

Humira stood out as a key growth driver for AbbVie since the company was spun off from Abbott Labs in 2013. But the blockbuster immunology drug is now no longer a growth driver at all.

It's possible, though, that the second quarter could be an anomaly. The COVID-19 pandemic could have temporarily affected sales of Humira in the U.S. However, the Q2 results underscored that the luster for AbbVie's onetime superstar is dimming.

Sales for blood cancer drug Imbruvica in Q2 jumped 17.2% year over year to $1.29 billion. This included nearly $1.06 billion in U.S. sales plus $233 million in international profit sharing. (Johnson & Johnson markets Imbruvica outside of the U.S.) Sales for Venclexta soared 79.2% to $303 million.

And while Humira's best days are in the past, the future is looking even brighter for AbbVie's new immunology drugs. Sales for Skyrizi totaled $330 million in Q2. Rinvoq raked in sales of $149 million. Both drugs received U.S. Food and Drug Administration approvals for their first indications last year.

5. What to expect with the rest of the year

AbbVie previously projected that its diluted EPS based on generally accepted accounting principles (GAAP) for full-year 2020 would be between $7.60 and $7.70. This was stand-alone guidance without including the Allergan acquisition. Now, though, the company expects full-year GAAP EPS will be between $4.12 and $4.22 -- including Allergan.

The outlook looks better on a non-GAAP adjusted basis, though. AbbVie previously provided stand-alone full-year guidance of adjusted EPS between $9.61 and $9.71. It now anticipates adjusted EPS will be between $10.35 and $10.45 with Allergan included.

The COVID-19 pandemic will almost certainly continue to be the main wild card impacting the big pharma stock. AbbVie's pipeline progress could be a positive factor, though. The company plans to file for regulatory approvals of Rinvoq in treating atopic dermatitis later this year. It also will soon file for approvals for migraine candidate atogepant.