Short-term traders are likely moving on, now that the merger is complete.

Shares of Eros STX (ESGC) were falling on Friday after the company reported its full-year results for fiscal 2020. Eros STX was formerly called Eros International, but its named changed after completing its merger with STX Entertainment last night.

The newly combined company got a cold welcome from investors. The stock was down 9% for the day, and has now given back much of the gains it recorded after the merger was first announced in April. 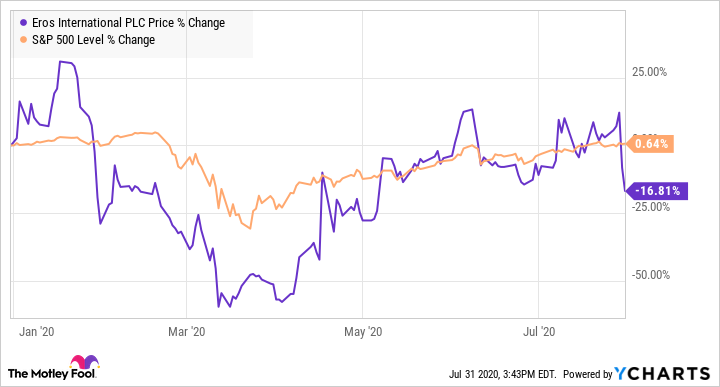 The results in today's report pertain to Eros International. Eros International generated $155 million in fiscal 2020, down 42% year over year. That's surprising, because the company highlighted its paying subscriber growth of 56%. The explanation for this disparity is the company's focus on its streaming video on demand service Eros Now. Digital did show modest revenue growth. Revenue from theatrical releases and satellite licensing, however, plummeted.

This led to a massive net loss of $492 million for Eros International. To be fair, $431 million was a non-cash impairment charge. Its operating loss was "only" $71 million, with high administrative costs robbing it of a profit.

Turning attention to the combined company, Eros International and STX Entertainment had a combined $600 million in revenue in calendar 2019. Eros STX will start off with a net debt position of $254 million -- substantial for a small-cap stock. However, it will also have some liquidity with $144 million in cash, and an enlarged $350 million credit facility.

It's unclear why the stock is falling today exactly. The results aren't great, but the press release was upbeat and that's often enough to excite investors. However, this stock likely attracted short-term traders when the merger was first announced. They expected a big pop in the price per share between April and now. Since it didn't materialize, they're probably moving on, now that the merger is complete. 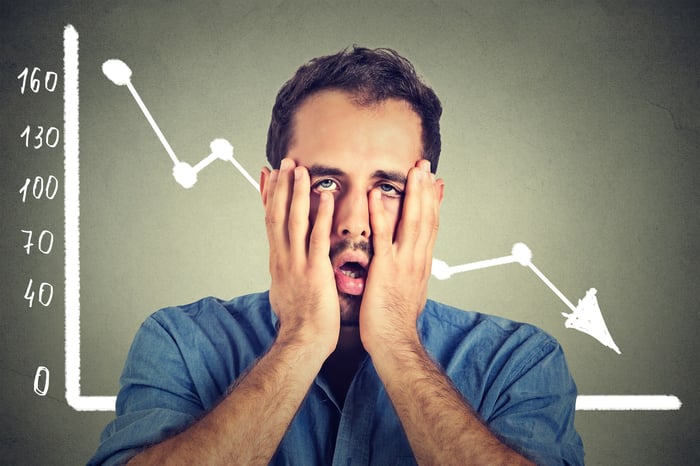 It's worth mentioning that Eros International is an international stock and its financial reporting is a little behind what you'd expect. The company just released results for fiscal 2020, which ended March 31. Therefore, these financial results don't reflect any growth, or lack thereof, since the coronavirus pandemic. Invest accordingly.

Now that the merger is final, Eros STX will begin trading on the New York Stock Exchange in September under the ticker symbol ESXI. Existing shareholders don't need to do anything, but if you're watching this stock, you might want to update your watch list.