Shares of MGM Resorts International (NYSE:MGM) are falling almost 5% in morning trading Friday after the company reported second-quarter results that showed revenue all but evaporated due to the coronavirus pandemic.

Casino resorts were completely shut down in the U.S. for most of the quarter and were hamstrung in China with tight travel restrictions, which led MGM to record revenue of just $290 million compared to $3.2 billion last year. 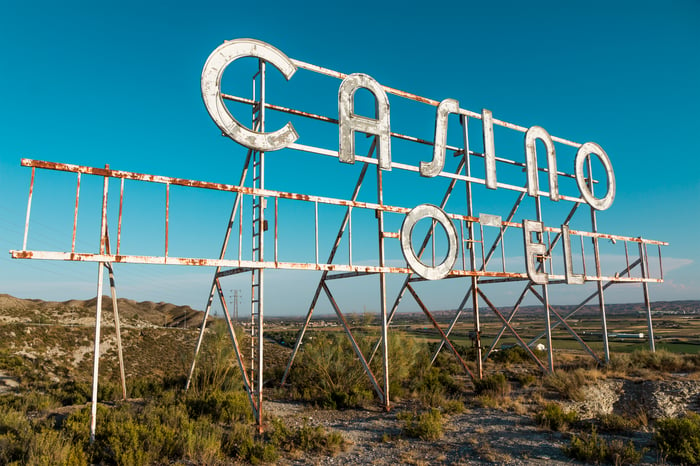 Although MGM Resorts stock is trading lower, the resort operator's finances remain in good shape, with over $8 billion in liquidity available, despite having more than $11 billion in outstanding debt.

Still the question becomes, how long will the current situation last? China's casinos were closed for just 15 days, but harsh restrictions on travel to and from Macao means few people are gambling. Over 90% of monthly gross gambling revenue has vanished over the last three months, and when July's numbers are released, it's not likely to be any better.

MGM's U.S. casinos began opening in late May, but with consumers not yet ready to come out in large numbers, MGM's performance may continue to suffer for a number of quarters to come. The resort operator, though, says its long-term business fundamentals "remain intact."