The Securities and Exchange Commission broadly defines penny stocks as stocks belonging to very small companies and trading below $5. Stocks in this category often appeal to investors who are willing to take on big risks in hopes of recording market-crushing returns, but penny stock companies are usually cheap for a reason. The category has a terrible track record of performance.

That doesn't mean that there aren't plenty of smaller companies that stand out as worthwhile investments capable of delivering massive returns. Focusing on small-cap tech companies with established businesses poised to benefit from and shape influential trends can allow investors to pursue explosive returns without opening themselves up to the outsize risks that come with buying penny stocks. If you're seeking huge returns, consider adding Glu Mobile (GLUU), Eros International (ESGC), and Himax Technologies (HIMX 4.29%) to your portfolio. 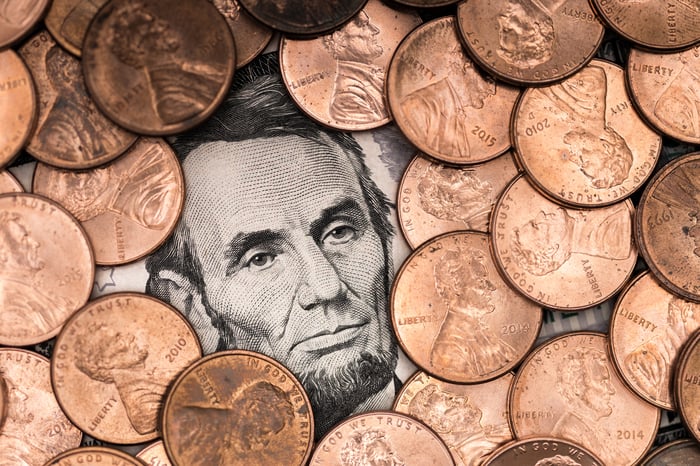 Glu Mobile is a video game company that could turn into a huge winner if it manages to deliver just one hit new title. The publisher has a market capitalization of roughly $1.6 billion, and it looks cheaply valued, trading at roughly 30 times this year's expected earnings.

More people pick up gaming as a hobby every day, and economic trends spurring the growth of the global middle class point to decades of rising player spending. These trends, combined with Glu's solid foundations and relatively small size, give the company plenty of room for expansion.

Glu should be able to continue getting solid performance out of its established video game franchises, including Tap Sports Baseball, Design Home, and Covet Fashion. The potential to grow with new properties is even more appealing. Glu's relatively small size means that its stock should soar if the company can deliver hit new games, and a favorable operating backdrop could make that potential a reality.

Bookings grew 15% year over year in the quarter ending in March, and the company indicated that recent releases including Disney Sorcerer's Arena and Tap Sports Baseball 2020 were performing well. Glu is set to report second-quarter results after the market closes on Aug. 4, and there's a good chance that the company's engagement and booking numbers will see pronounced boosts partially thanks to tailwinds created by shelter-in-place orders. Looking further down the line, the game maker is also developing an interactive storytelling platform and new sports and social titles that could turn into growth drivers.

The video game industry has never been hotter, and Glu stock could post massive returns if the company executes at a high level and continues tapping into powerful industry tailwinds.

Eros International is an India-based company that's positioned to thrive as the country's entertainment industry develops. It produces and distributes films and television series and runs the Eros Now streaming service. It has dominated the country's box office over the last decade and has more paid streaming subscribers than any other provider in the country. The company is looking for growth opportunities throughout South Asia and in other markets, and it's also experimenting with pushes into video games and other potential multimedia growth markets.

The company is valued at just $480 million based on today's stock prices and trades at just 13.5 times this year's expected earnings. That valuation leaves huge room for long-term growth.

Spending more on content and technology in order to accelerate sales growth means that expenses could rise substantially, but Eros is already showing it can be profitable and has a multitude of avenues to long-term expansion. The stock could deliver dramatic gains if the company accelerates its growth engines and benefits from economic momentum in India and other emerging markets. 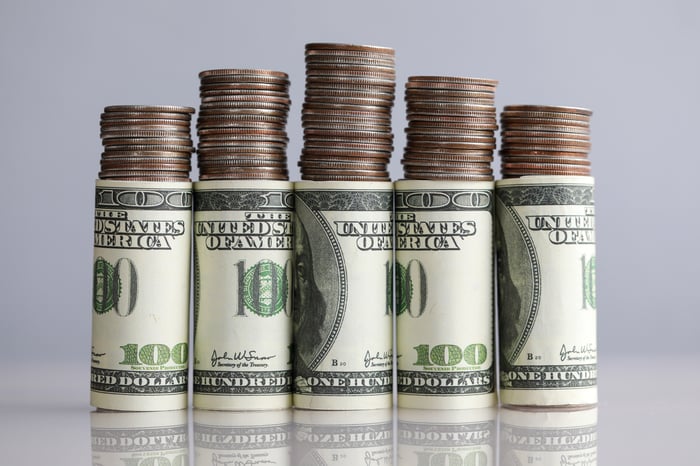 The display screen has played a crucial role in the Information Age. Looking back at just the last couple of decades, screens have been the central way that people have interacted with information conveyed by televisions, computers, and mobile devices. Screens will only become increasingly important in everyday life over the next decade, and there will likely also be new applications and variations on the display concept that enter the mainstream and change how the world operates.

Himax Technologies makes display-driver chips that regulate the colors shown by pixels on screens, and it also designs semiconductors for image-sensing, touchscreen interfaces, and other applications. The Taiwan-based chip specialist has a market capitalization of roughly $1.3 billion, and its valuation could soar if the company manages to tap into potentially explosive tech trends on the near horizon.

Himax's core display drive chip business has been slumping due to cyclical downturns in the television and smartphone markets, but demand will likely rebound in these categories as more advanced technologies spur upgrade cycles. Even more enticing, the company could see its sales and earnings explode if it manages to play a role in the evolution of augmented reality (AR), virtual reality (VR), and touch displays for automobiles.

Big growth for small semiconductor companies typically hinges on getting their chips into new pieces of hardware. It's impossible to know what might happen, but small-cap chip stocks can skyrocket if they secure new design wins. Himax's strength in display and imaging chips suggests the company could be a winner if it helps AR, VR, and machine-vision technologies gain traction, and its stock could skyrocket with the announcement of new design wins.