The entertainment giant is restructuring its TV business to focus more on streaming video.

Long ranked as one of America's most hated companies because of complaints about its cable service, it's trying to move beyond its identity as the country's biggest cable provider and instead focus on streaming video.

On Thursday's second-quarter earnings call, the company announced a shift in its emphasis from the linear TV business to streaming -- a move that comes hard on the heels of its formal launch of the Peacock streaming network nationally, and just days after it forged a landmark deal with cinema chain owner AMC Entertainment (AMC -1.70%) to dramatically shrink the length of time that movies must be given theatrical exclusivity before they can be shown by other means.

As a result of that latter agreement, AMC will continue to screen Universal movies in its multiplexes, and Comcast will be able to offer them on demand starting 17 days after their release.

Those two moves, along with its robust broadband internet business, give the company confidence to shift its strategy and invest in a growing niche of the entertainment industry while cable continues to decline. 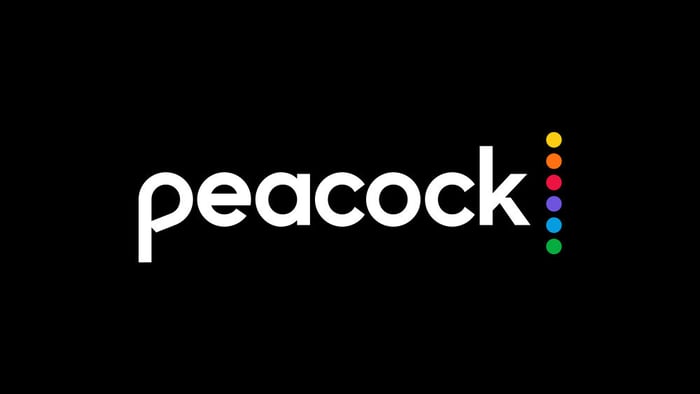 Along with its peers in the cable industry, Comcast has endured a steady decline over the past decade in the number of subscribers to its pay-TV services. Instead, a growing number of consumers have embraced video streamers such as Netflix (NFLX -2.04%) and signed up for skinny bundles from new entrants into the TV game. In the second quarter, the company lost a net of 427,000 cable subscribers, more than twice as many as dropped it in the same quarter a year ago. Over the past year, the total number of residential video subscribers has declined by nearly 1.2 million to 19.5 million, and the number of business video subscribers fell by 105,000, or about 10%.

The shift in emphasis away from cable also comes as Comcast's broadband business nears the point where it will surpass pay-TV as the company's biggest revenue generator. By building more of its business around streaming video, Comcast will encourage increased broadband adoption and spending.

NBCUniversal CEO Jeff Shell explained the move on the earnings call, saying the pandemic has accelerated a shift in viewership from linear TV to non-linear. In response, the company has combined its linear and streaming departments and is planning to announce a new structure for that business, which is expected to shift resources from linear to streaming and will include layoffs, according to Variety.

Management said more than 10 million households have signed up for Peacock since its soft launch for Comcast customers in April and its national debut for everyone in July. The company's stated goal is to boost that number to between 30 million and 35 million by 2024, though that could prove to be a conservative target, given the surging growth of other newish streaming services, such as Disney+, and even more so since Peacock offers people the option of a free, ad-supported tier. Shell said the number of sign-ups so far has exceeded expectations and that viewers were watching Peacock more frequently and engaging for longer times than expected. The NBCUniversal boss also touted new programming coming to the service in January, including The Office, which has in the past been the most watched show on Netflix.

Comcast also owns one-third of Hulu, giving it another valuable stake in the streaming video world, though it has agreed to sell that minority share to Disney (DIS -0.01%), which owns the rest of it, in 2024.

Elsewhere, management said it was pleased with the results of the premium video-on-demand (PVOD) releases of Trolls World Tour and The King of Staten Island -- successes that helped pave the way for its deal with AMC.

The deal ended a dispute with the world's largest movie theater operator, which kicked off after Shell said NBCUniversal would release movies simultaneously in theaters and at home, following the successful on-demand release of Trolls World Tour. AMC responded by saying it would ban Universal movies. The agreement they announced this week seems to be in the best interest of both parties. Theater owners get exclusivity for a period that covers movies' first three weekends in release -- which is when most films rake in the majority of their box office hauls anyway. And Universal gets the ability to make money both from ticket sales and through video-on-demand rentals -- a niche that includes AMC's own PVOD platform, AMC Theaters on Demand.

For years, traditional media companies had held steady to their old strategies as a growing share of the viewing audience cut the cable cord and shifted to streaming. But over the past year, the launch of new streaming services with massive content libraries and impressive originals -- Disney+, Apple TV+, HBO Max, and now Peacock -- has generated a wave of momentum toward streaming, a wave that only gained strength during the pandemic.

The appeal of video on demand for people largely stuck at home and unable to enjoy many of their former entertainment options is obvious. Meanwhile, the pause in live sports that is only now beginning to end eliminated one of the biggest reasons many people had for subscribing to cable, and advertisers are pulling back on spending, further weighing on linear TV.

With the accelerated transition to streaming, Netflix, Roku (ROKU -0.76%), and The Trade Desk (TTD -0.30%), a connected TV advertising platform, all continue to look like winners -- but there's room for traditional entertainment conglomerates such as Disney, Comcast, and WarnerMedia-parent AT&T (T 0.16%)to thrive here as well. Even as its cable business dwindles, Comcast is confident that it's making the right choice.