Subsequent to that, two shareholders filed a petition to reinstate a previously ousted director.

One of the most volatile consumer goods companies on the market these days, Luckin Coffee (LKNC.Y -3.33%), experienced yet another big shake-up on Monday. The Chinese coffee chain announced that two of its directors, Jie Yang and Ying Zeng, tendered their resignations from the board of directors.

In the tersely worded announcement, Luckin said "thanks Ms. Yang and Ms. Zeng for their dedicated service to the Company."

Subsequent to that release, Luckin issued another stating that two of its shareholders, Lucky Cup Holdings and Fortune Cup Holdings, made a formal requisition to reinstate Sean Shao as a director. Luckin is convening an extraordinary general meeting on Sept. 2 to vote on the matter. 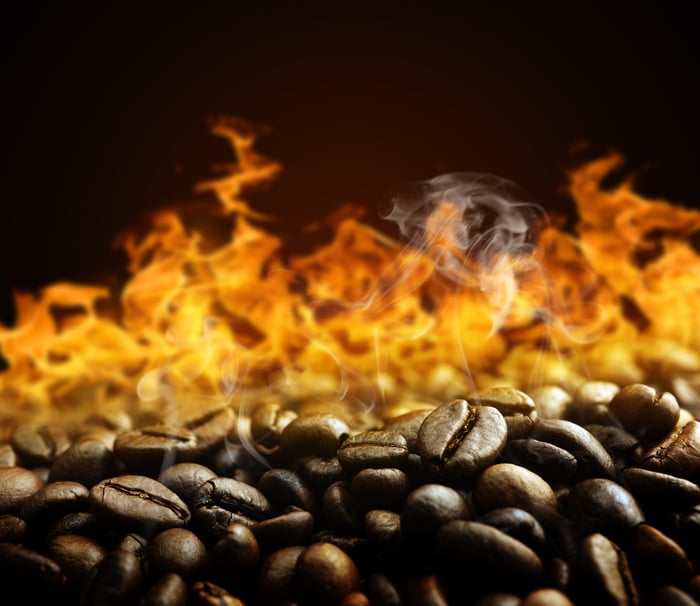 The machinations of Luckin's board have assumed soap opera dimensions since the company became embroiled in a large-scale accounting scandal earlier this year.

Shao, an independent director who had been in charge of the internal investigation into that scandal, was voted out of his position in an unusual move on July 5 -- the same day Yang and Zeng were voted in as directors. Also on that day, controversial board chairman Charles Zhengyao Lu was voted out by shareholders.

The company's internal volatility began in January, following an explosive report from short-seller Muddy Waters Research alleging that Luckin fraudulently (and significantly) inflated its sales figures beginning in Q3 2019. In addition to the internal investigation, regulators in China have launched probes into the allegations.

Meanwhile, numerous employees at the center of the accounting scandal have either been fired by Luckin or resigned. The CEO and chief operating officer at the time the news broke, Qian Zhiya and Liu Jian, respectivey, are no longer at the company.

Despite the latest turmoil, Luckin's shares rose on Monday to close 0.8% higher, broadly moving in step with the wider stock market.