Please ensure Javascript is enabled for purposes of website accessibility
Log In Help Join The Motley Fool
Free Article Join Over 1 Million Premium Members And Get More In-Depth Stock Guidance and Research
By Evan Niu, CFA – Aug 4, 2020 at 11:56AM

Shares of Cerence (CRNC -3.61%) have skyrocketed today, up by 19% as of noon EDT, after the company reported fiscal third-quarter earnings. The results crushed analyst expectations for both the top and bottom lines.

Revenue in the fiscal third quarter came in at $74.8 million, well above the $61.5 million in sales that Wall Street was looking for. That translated into adjusted net income of $12.1 million, or $0.31 per share. Analysts were modeling for just $0.07 per share in adjusted profits. The automotive technology specialist said bookings were gaining momentum. 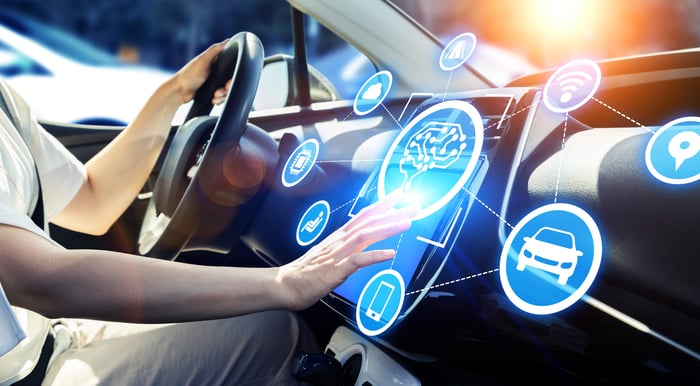 "We recorded the second highest bookings quarter in the company's history supported by several strategic wins in all major geographic markets," CEO Sanjay Dhawan said in a statement. "While the business environment in the near term remains challenging, we are maintaining the 2024 growth targets in large part due to the strong bookings we have seen this year and the initial positive reactions by customers to our new product initiatives."

The chief executive also noted that Cerence will save over $10 million per year in interest expense from its recent debt refinancing. An estimated 54% of worldwide auto production now incorporates Cerence's technology in some way, the company said.

Despite ongoing uncertainties and challenges related to COVID-19, Cerence issued guidance for the fiscal fourth quarter that calls for revenue of $76 million to $80 million, which should result in adjusted EBITDA of $23 million to $26 million.