Technically speaking, President Trump has the power to suspend payroll taxes for the latter part of 2020, despite the drawbacks of going that route.

The COVID-19 crisis has not gotten better since cases first peaked in March and April, and so lawmakers have been busy putting together a relief package to follow the CARES Act, which was passed earlier this year. The CARES Act helped the public in many ways. It allowed for direct stimulus payments, boosted unemployment, and provided aid for struggling small businesses. And now, lawmakers are working to come up with a similar relief deal in an effort to not only put money in the pockets of those who need it, but prevent our current economic recession from getting exponentially worse.

In late July, Republican lawmakers introduced the HEALS Act, and it includes a number of important provisions -- notably, a second round of direct stimulus payments, boosted unemployment (albeit not at the level the CARES Act allowed for), and additional Paycheck Protection Program funding for small businesses that have seen a drastic decline in revenue. But there's one thing that's missing from the HEALS Act: a payroll tax holiday. 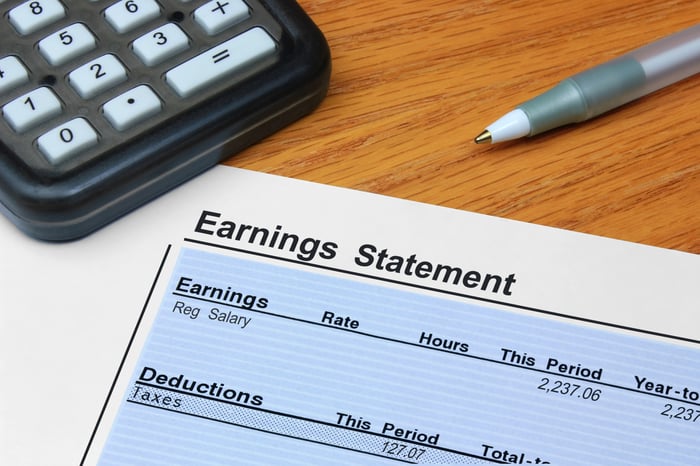 The absence of a payroll tax break is significant, because earlier on during stimulus negotiations, President Trump pretty much insisted on seeing one in the relief deal he'd ultimately sign off on. The logic in implementing a payroll tax holiday would be to put more money into working Americans' paychecks, and also, to let employers reap some savings in the hopes that doing so might prevent layoffs at a time when unemployment is already frighteningly high. But even though lawmakers rejected the idea of a payroll tax break, it turns out the president might still manage to get his way.

However, forgiving those payments could require buy-in from Congress, and seeing as how lawmakers didn't include Trump's payroll tax break in their relief bill, it may be the case that the most the president can do is allow for a payroll tax deferral -- not forgiveness.

Why didn't Republicans include a payroll tax cut in their relief bill?

Though a payroll tax cut may have been well-intentioned, there were a number of flaws with the president's idea. First, a payroll tax cut would do nothing for the tens of millions of Americans who have been left jobless in the course of the COVID-19 pandemic. Unemployment benefits aren't subject to payroll taxes, so those who are out of work wouldn't see an extra dime as a result of this relief measure.

Furthermore, those opposed to a payroll tax holiday argue that wealthy Americans stand to benefit more from it than lower earners. And they're not wrong. But wealthier Americans are also more likely to be in a position to weather the ongoing recession, so catering to them shouldn't be a priority.

Finally, a payroll tax holiday could really hurt Social Security, as the program gets the bulk of its revenue from payroll taxes. And if that revenue stream is taken away for the remainder of the year, it could force a situation where Social Security has to cut benefits sooner than anyone would like.

So far, lawmakers have not managed to come to terms on a second COVID-19 relief bill to follow the CARES Act. But even if Republicans stand firm on not including a payroll tax holiday, President Trump could end up getting what he wants one way or another.