Charter has consistently lost fewer subscribers relative to its peers during the last couple years. Last quarter, however, was a drastic divergence from the rest of the industry. Here's what's going on at Charter and whether investors can expect the subscriber gains to keep coming. 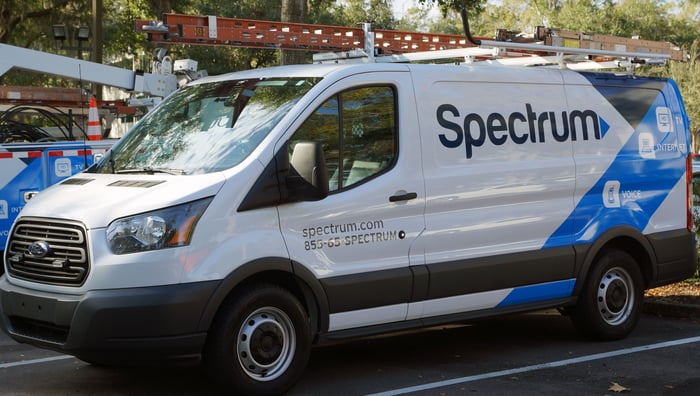 The underlying trends remain the same at Charter

"We've always said that we thought it was possible to grow video if our overall relationship growth was high enough," Rutledge told analysts on Charter's second-quarter earnings call. "If you grow fast enough, if you grow faster than that rate of decline, then you create video growth, and that's really what's happened here."

Charter grew total relationships by 755,000 last quarter, up from 486,000 additions in Q1 and 203,000 in Q2 last year. The percentage of residential customers without a video subscription climbed from 44% in the first quarter to 45.1% in the second.

By comparison, Comcast added fewer customer relationships in Q2 compared to Q1. As a result, it experienced much worse video subscriber numbers.

There are several factors that led to higher-than-usual customer relationship additions in the second quarter.

First and foremost was the FCC's Keep Americans Connected Pledge. Approximately 700,000 total customers requested protection from disconnection, Charter wrote in its second-quarter earnings release. At the peak of the program, 222,000 would've been disconnected under Charter's normal collection policies. Management says 30% of those customers' bills are now current and 60% are making partial payments.

Second, Charter ran a promotion starting in mid-March offering 60 days of free internet service for new customers with school-aged kids or a teacher in the household, bringing in 448,000 new subscribers through that promotion. Of that figure, 160,000 remain in the promotional period, with 90% of the other 288,000 remaining paid subscribers. Rutledge notes about 50% of those customers also took additional products.

These are one-time impacts on Charter's results. Promotions will come and go, but it's unlikely Charter will continue to hold onto non-paying customers. AT&T went so far as to include customers it would've otherwise disconnected from its various services without the pledge in its net loss numbers for the second quarter. (Comcast didn't provide details on the impact on subscriber count.)

As a result, it's unlikely Charter will be able to show continued subscriber growth through the rest of the year, but as other pay-TV companies like AT&T and Comcast raise their pricing, it may be able to continue losing fewer video subscribers than its competitors.

Charter Added Cable Customers Again -- and It Might Hurt
405%