Please ensure Javascript is enabled for purposes of website accessibility
Log In Help Join The Motley Fool
Free Article Join Over 1 Million Premium Members And Get More In-Depth Stock Guidance and Research
By James Brumley – Aug 8, 2020 at 8:45AM

The reasons Walt Disney hasn't taken this revenue route are slowly but surely fading away.

Four years ago, a consumer survey performed by BTIG Research found that as much as people love to watch sports, most weren't willing to pay the $20 a month the company would possibly have to charge for a streaming version of sports programming powerhouse ESPN. The analysis questioned the viability of ESPN being launched as an online service akin to Netflix (NFLX 0.15%).

Much has changed in the meantime. Indeed, a massive amount of change has taken shape. The United States' cable industry lost on the order of 14 million paying customers, the streaming video industry exploded, and the world's TV watchers started to use higher-priced, on-demand options as a replacement for traditional cable service. Perhaps more than anything though, a wide swath of consumers realized how much they love sports when the coronavirus contagion took them away for a few months.

The dust from all these developments is still settling. But, given the backdrop, it wouldn't be out of line to start asking the question again: Why doesn't Walt Disney (DIS -0.73%) go ahead and bite the bullet and start selling its ESPN programming as an a la carte streaming option? 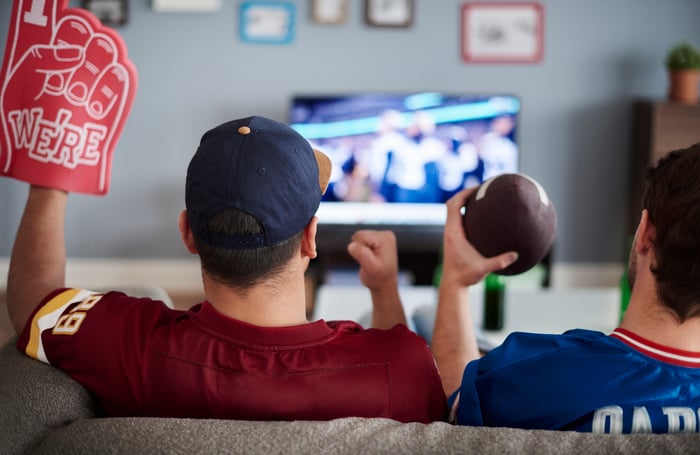 As it turns out, there are some good reasons it hasn't done so. On the other hand, that potential development is anything but still off the table.

Disney would face three key impediments were it to move forward with the idea of a stand-alone ESPN. Note the underpinnings for all three are rapidly changing. Also note the complexity of the situation; removing one hurdle creates another.

If it seems like cable companies are perpetually arguing with Disney over the cost of carrying ESPN programming, you're not crazy. They are. AT&T (T -0.84%), which owns DirecTV, was grappling with Disney over ESPN's cost late last year. Just a few weeks earlier, Charter (CHTR -2.44%) was in the same heated negotiation. It's become a common standoff, as cable providers balk at the steep fees Disney wants for access to ESPN's feed.

While Disney seems to have all the leverage, the media giant needs the cable industry about as much as the cable industry needs ESPN to make its bundles attractive. eMarketer estimates there will still be somewhere around 80 million paying cable customers in the U.S. by the end of this year. Not all of them are regular watchers of ESPN. But all of them are paying for it -- estimated somewhere on the order of between $7 and $9 per month -- when they pay for their cable service. The dollar figure moves up after adding in ESPN-branded channels beyond its flagship platform.

If consumers can plug into ESPN outside of a cable service, those cable providers may decide to stop carrying ESPN channels altogether rather than compete just to lower customers' monthly bills. There's far from any assurance all 80 million of those cable customers would flock to a stand-alone sports service though.

2. ESPN is bundled with other Disney programming

It's not often highlighted and certainly not acknowledged by Disney. But just as cable companies bundle up a collection of several channels into a small handful of differently priced tiers, Walt Disney does some bundling of its own.

See, the company is also parent to ABC, The Disney Channel, and A&E. Cable companies likely feel they have to carry ESPN simply because it's a huge draw; ESPN says it attracts an average of 115 million viewers per month. But those cable services may not feel A&E or the kids-oriented Disney Channel are channels they absolutely must offer. Walt Disney may be leveraging ESPN to monetize non-ESPN programming.

3. Consumers might balk at the likely price point for a streaming service

Finally, it's important to understand that perception is everything, even when it comes to pricing a sports entertainment package. Walt Disney might struggle to convince enough consumers a monthly $20 package -- or even a $15 package -- is "worth it" on a stand-alone basis, even if that package included all other ancillary ESPN programming.

It's not fair. Consumers are already paying something along those lines for access to sports programming they may or may not be utilizing. It's just buried within the cable bill. Those customers don't give it much thought; it's not as if cable television providers offer an itemized breakdown of how much it's paying for carriage rights to all the channels they offer. If forced to justify yet another streaming subscription, consumers may opt to forego ESPN's offering.

It's a fluid situation, of course. If cord-cutting continues, there will come a point when the carriage fees collected for ESPN just won't cut it. Likewise, higher-priced streaming bundles aren't exactly unusual anymore. For consumers paying for it, AT&T's HBOMax service costs $14.99 per month. Netflix service starts at $8.99 per month but can quickly move up to $15.99 per month for a plan with a couple of bells and whistles. They both offer a much bigger content library than ESPN, but as long as fans are getting enough of the live sports they want, Disney doesn't have to jam the service full of programming.

In other words, never say never. The launch of ESPN+ may well be a precursor to such a bold move.