Please ensure Javascript is enabled for purposes of website accessibility
Log In Help Join The Motley Fool
Free Article Join Over 1 Million Premium Members And Get More In-Depth Stock Guidance and Research
By Dave Kovaleski - Aug 9, 2020 at 6:00AM

The Buffalo-based bank went out and made some news in recent weeks.

M&T Bank (MTB 0.46%) has not escaped the wrath of the COVID-19 pandemic. The bank's stock price is down 37% this year through Friday's close, hammered by low interest rates and high provision of credit losses. It has been pretty much the same story for most banks during this pandemic.

Particularly with banks -- which have been among the hardest-hit industries this year -- investors have to look beyond the short-term struggles and consider the long-term value.

Is the Buffalo-based regional bank -- the 24th largest in the country, with $139 billion in assets as of June 30 -- a good buy at today's prices?

The numbers haven't been pretty for most banks this year. M&T reported net income of $241 million in the second quarter, down 49% from the second quarter of 2019, while earnings per share fell 48% to $1.74. The bank upped its provision for credit losses to $325 million, up from just $55 million the year before and even more than the $250 million set aside in the first quarter. 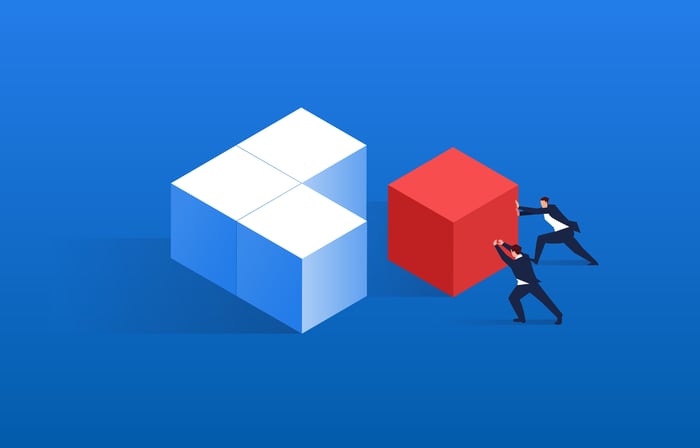 M&T has managed to reduce operating expenses by 8% year over year, and 11% from the first quarter, to $803 million. A $13 million decline in advertising and marketing costs and a $12 million drop in travel, entertainment, and professional services expenses in the quarter brought down expenses. As a result, M&T's efficiency ratio dropped to 55.7%, down from 58.9% in the first quarter and 56% in the second quarter of 2019 (lower is better). The bank also saw a rise in its common equity tier 1 ratio (another key metric that shows core capital divided by risk-weighted assets), to 9.51% from 9.13% in the first quarter.

The bank made some news in late July when it announced a partnership with LPL Financial to move its retail brokerage and advisory business -- which includes 170 advisors and $20 billion in client assets -- to LPL's platform starting next year.

M&T will keep its institutional brokerage business. But continuing to invest in the retail brokerage business, which only accounts for a small portion of income, didn't make a lot of financial sense. The brokerage services business only generated $10 million in revenue in the second quarter.

Are more deals in the cards? M&T officials indicated last year that they are open to a merger of equals, should a good opportunity present itself. CFO Darren King said in a call with analysts last September, that while the bank didn't need to make an acquisition to grow, it would consider it where it made sense.

"If those prices come down, it would be logical that you end up in that space," King said last September. "I don't think that's enough of a catalyst right now. I think someone's going to have to actually experience some challenges and to spur activity, but we'll see."

Well, things have certainly changed since then and values have come down.

Absent a move, growth will be hard to come by for the bank over the next few quarters, given the state of the economy. The outlook for net interest income will depend on another round of Paycheck Protection Program loans, but even still, the bank expects the provision of credit losses to remain largely unchanged over the next two quarters, if macroeconomic assumptions remain, King said on the second-quarter earnings call.

Given these factors, it's hard to recommend buying M&T right now. There's just too much uncertainty for many banks, particularly those outside of some of the mega banks or niche banks that have more diversified or specialized revenue streams. However, keep M&T Bank on your radar over these next few months for possible M&A or more economic certainty.