Investors had concerns about a potential merger.

Shares of Long Island-based Bridge Bancorp (BDGE) tumbled 20.8% in July, according to data provided by S&P Global Market Intelligence. That was much worse than the performance of most similarly sized community bank stocks.

In this case, the economy had relatively little to do with the drop. Instead, shares fell sharply following the announcement that Bridge was proposing to join forces with New York City-based Dime Community Bancshares (DCOM) in a merger of equals. 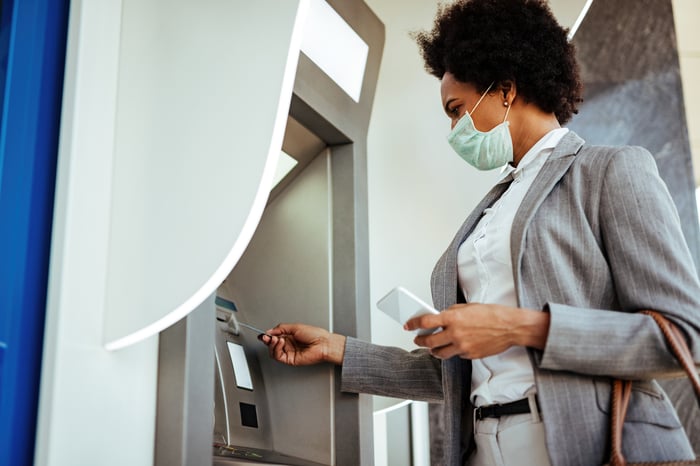 While the two banks operate in adjacent communities, they had very little overlap in terms of branches: Dime has no branches on the eastern half of Long Island, while Bridge only has a pair of branches within New York City itself. Indeed, the combined company doesn't expect to close any locations, and that may have spooked investors hoping for more cost savings from the deal.

Although the merged company will retain the Dime name if the merger is successful, it's Bridge's stock that would survive, with current Dime shareholders receiving 0.648 Bridge shares for each Dime share they own. Bridge investors may have had concerns about that valuation, prompting the sell-off.

The proposed deal actually seems to help both banks; a larger footprint and some cost synergies should benefit shareholders in the long run. However, neither bank is particularly outstanding in terms of price-to-book value, dividend yield, or return metrics.

If you were hoping to profit from the drop in share price, you may be too late. Since their Q2 2020 earnings reports came out at the end of July, Bridge's and Dime's shares have rocketed up about 18% each. Expect them to continue to move in tandem until the merger is completed or called off.

Is the Bridge Bancorp and Dime Community Bancshares Merger a Good Deal?