Livongo Health (NASDAQ:LVGO), one of the year's best-performing stocks, put up another big month in July after the company released a strong preliminary second-quarter earnings report ahead of its previous guidance. That helped lift shares as investors flocked to this chronic-disease monitoring specialist and fast-growing health-tech innovator. According to data from S&P Global Market Intelligence, the stock finished the month up 69%.

As you can see from the chart below, the stock popped early in the month on the report and then gained toward the end of July as earnings season ramped up. 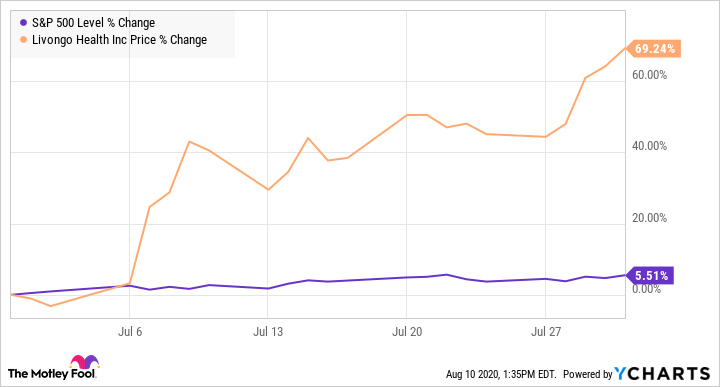 Livongo shares jumped 21% on July 7 after management said second-quarter results were much better than estimates. The company said it expected revenue to come in at $86 million to $87 million, well ahead of previous guidance at $73 million to $75 million, though that included $2 million to $3 million in one-time items. 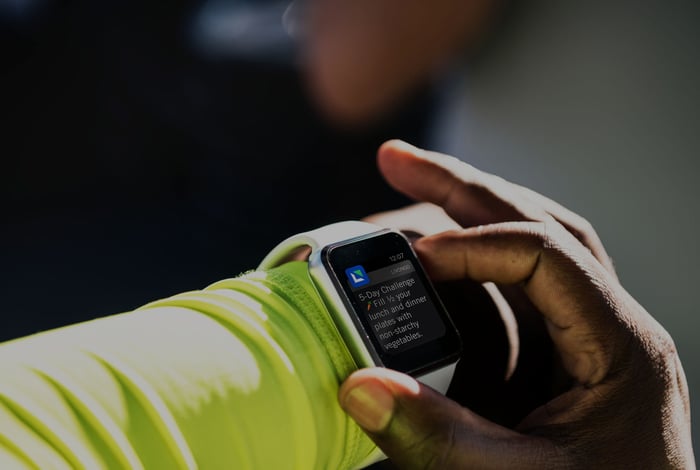 According to CEO Zane Burke:

Livongo's momentum coming into the second quarter has continued, and we believe is attributed to our unique ability to deliver measurable and proven clinical and financial results at scale.  The COVID-19 pandemic has only magnified the need for Livongo's solutions, which goes well beyond remote monitoring and video visits to generate consumer directed virtual care.

Livongo gained through the rest of the week as analysts lifted their price targets and momentum continued to push the stock higher.

Finally, the stock surged in the last week of July as a number of growth stocks posted strong earnings reports, lifting hopes for Livongo's own earnings report the following week.

In the first week of August, Livongo stunned shareholders by announcing that it would merge with Teladoc Health (NYSE:TDOC), a leading provider of telehealth services. The news effectively brings the Livongo growth story to an end as Livongo shareholders will receive 0.592 shares of Teladoc for every Livongo share they own and a bit of cash as Livongo gets absorbed into the acquirer.

Investors in both companies have given the deal a thumbs-down so far as both stocks have tumbled since the news was announced on August 5. Nonetheless, the deal is still on track to go forward and expected to close by the end of the year.