Please ensure Javascript is enabled for purposes of website accessibility
Log In Help Join The Motley Fool
Free Article Join Over 1 Million Premium Members And Get More In-Depth Stock Guidance and Research
By Will Ebiefung – Updated Aug 12, 2020 at 8:25AM

These low-priced stocks are poised for massive growth over the long term.

It's not always the case, but it's generally true that lower-priced stocks tend to have smaller market caps and potentially more room for long-term growth. They also offer an opportunity to buy higher numbers of shares if your investment funds are limited. These companies can help investors who don't have thousands of dollars available to put toward investing in higher priced companies in the stock market (although the option to buy fractional shares has helped many investors get around that issue). And while a low-priced stock is sometimes an indicator of a company in trouble, that's also not always the case. Just because the price is low, doesn't necessarily mean the stock isn't a good investment.

Here are two well-regarded stocks trading under $10 a share, that are currently in -- or poised to make -- bull runs. The first pick is Glu Mobile (GLUU), an undervalued video game company with an exciting freemium business model. The second pick is Zynga (ZNGA), another game developer that drives growth through highly synergistic acquisitions.

Both of these top stocks look ready for the big leagues. Let's find out a bit more about them. 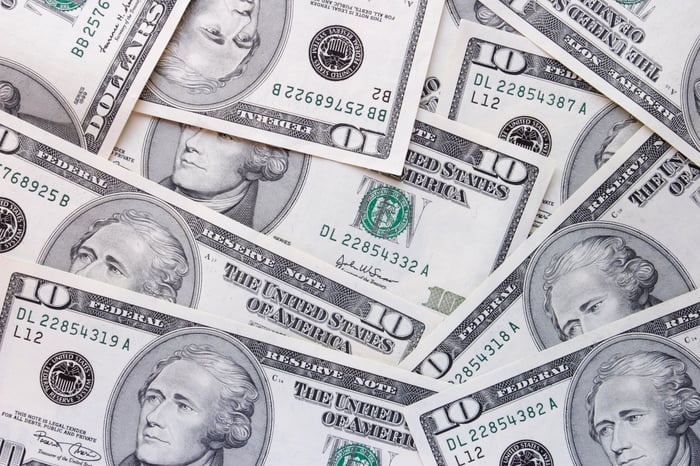 Video gaming has evolved from a niche hobby into a multibillion-dollar industry. Mobile game developers are at the forefront of this highly profitable megatrend. With a current per-share price of around $7.40, California-based Glu Mobile looks undervalued compared to its growth potential, and the stock may be poised for a bull run.

Glu Mobile reported second-quarter earnings on Aug. 5, and the results demonstrate convincing top-line growth that the market seems to be ignoring.

Glu Mobile's bookings grew 79% to $182 million, and revenue grew 40% to $133.3 million. The strong performance was driven by record bookings in the company's biggest assets: Design Home and Kim Kardashian Hollywood, which grew 47% and 319%, respectively. But that's not all. Investors should keep an eye on Glu Mobile's new games, Diner DASH Adventures and Disney Sorcerer's Arena, because these titles look set to power continued expansion in the second half of the year.

Considering Glu Mobile's diverse portfolio of rapidly growing assets, the stock looks undervalued at its current market cap of $1.27 billion -- which is just 2.76 times revenue over the trailing 12 months.

Zynga is another low-priced growth stock that won't stay cheap for long. With a current price of $9.01, shares have already soared 47% year to date because of strong demand for stay-at-home entertainment during the coronavirus pandemic. Zynga is poised for continued growth because of its acquisition-driven expansion and the development of new monetization strategies.

Zynga also reported second-quarter earnings on Aug. 5, including impressive top-line growth in this era of lockdowns and social distancing. For the quarter, Zynga's ad bookings soared 38% to $518 million, while revenue jumped 47% to $452 million. The quarter was powered by acquired assets like Empires and Puzzles and Merge Magic, two popular phone games obtained in the buyouts of Small Giant games and Gram games in 2018. Zynga's management has doubled down on its roll-up strategy with the July 2020 purchase of Istanbul-based Peak Games, which will add popular games Toon Blast and Toy Blast to Zynga's portfolio.

Zynga is also exploring new monetization strategies. In the second quarter, the company launched Bumped Out, a new game designed for Snapchat's Snap Games platform. And it also released Word Pop, a voice-based game for Amazon's Alexa. These new assets will help power continued long-term growth for the company.