Please ensure Javascript is enabled for purposes of website accessibility
Log In Help Join The Motley Fool
Free Article Join Over 1 Million Premium Members And Get More In-Depth Stock Guidance and Research
By Evan Niu, CFA – Aug 18, 2020 at 9:00AM

It wouldn't make much sense to use Amazon to compete against Amazon.

Amazon.com (AMZN 1.20%) may be No. 1 in the overall market for cloud infrastructure services, but there's one sector that wary of using Amazon Web Services (AWS): retailers. Instead, those businesses prefer to use Alphabet (GOOG -0.36%) (GOOGL -0.58%) subsidiary Google as the top provider, followed by Microsoft (MSFT -0.20%) and its Azure platform. AWS ranks third in the market.

Here's what investors need to know about cloud platforms serving the retail sector. 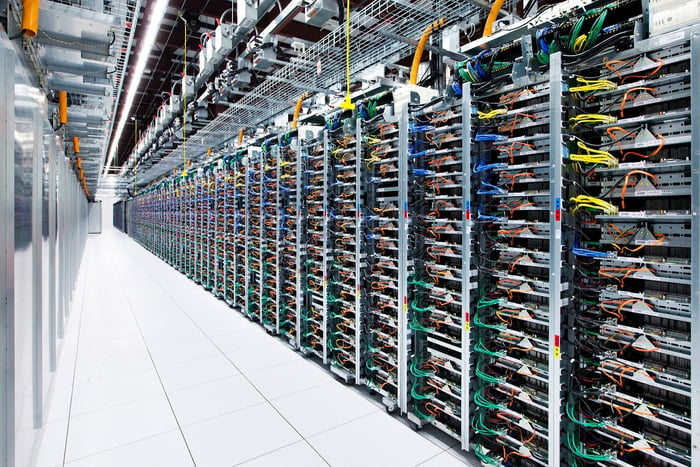 Retailers don't want to use Amazon to compete against Amazon

Google Cloud has emerged as the dominant cloud provider for retailers thanks to a vertically aligned strategy, according to market researcher Canalys. The search juggernaut has been aggressively hiring and inking partnerships with prominent systems integrators to boost its presence in the retail market.

Electronics retailer Best Buy announced earlier this month that it was expanding its relationship with Google Cloud as part of a multiyear agreement, for example. Other prominent retail customers include Costco, Target, and Home Depot, among others. Many smaller companies are now accelerating their digital transformations due to the impacts of COVID-19, which has spurred demand for e-commerce solutions.

Behind the top three vendors are Alibaba (BABA 0.14%) in No. 4 and IBM ranking fifth. Alibaba Cloud is performing well in China but rising geopolitical tensions between the Middle Kingdom and the U.S. are making it tough for the Chinese e-commerce giant to gain traction in certain markets.

"Retailers need proof that their cloud service provider can support them not just by growing, but also by driving platform innovation," Canalys analyst Blake Murray said in a statement. "A provider that has specialized support teams and an ecosystem of partners innovating on its behalf gives customers confidence in the relationship."

As one might expect, retailers aren't very keen on using AWS because Amazon is also one of their biggest competitors in retail. Merchants have long feared that Amazon inappropriately leverages its access to seller data to inform its own product development decisions, and those fears were somewhat validated earlier this year. Those alleged transgressions, which are technically against Amazon's policies, are now part of a sweeping congressional antitrust investigation. "Due to this competitive aspect, many major retailers have opted to work with other cloud service providers," Murray noted.

In other words, many retailers are looking for a cloud infrastructure provider that can help them compete against Amazon, making AWS a poor choice. "Now more than ever, retailers need a digital strategy to win in an omnichannel world, especially with Amazon's online dominance," said Canalys director Alex Smith.