Most of Jamf's IPO underwriters think investors should buy shares.

Other than a 50% pop on their first day of trading last month, Jamf (JAMF -0.61%) shares have been fairly quiet ever since. The stock kicked off this week, however, by jumping on a slew of bullish initiations from Wall Street analysts. Jamf operates an enterprise management platform for Apple (AAPL 1.37%) devices, a booming sector as companies increasingly turn to Macs, iPads, and iPhones for enterprise deployments.

Here's what analysts think of Jamf. 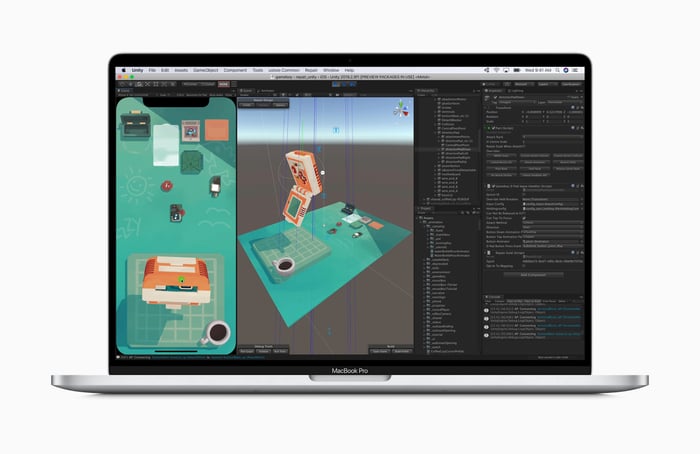 Analyst Rod Hall is starting Jamf off with a buy rating and $44 price target. Enterprise adoption of Apple devices continues to rise steadily and Jamf is the clear leader in the sector, specializing exclusively in Apple gear. That adoption may even accelerate due to the broad shift to remote work and remote learning (Jamf also has a service for educational institutions) that is being catalyzed by COVID-19. Enterprise deployments of Apple products often help companies reduce costs compared to Microsoft Windows PCs, Goldman notes.

Analyst David Hynes is similarly bullish on Jamf shares, initiating the stock with a buy rating and $45 price target. By catering specifically to Apple customers, Jamf seeks to preserve the Apple experience and empower IT professionals that are tasked with managing all those devices while meeting the security requirements of large companies.

Analyst Matthew Hedberg started Jamf with an outperform rating alongside a price target of $43. The company is in a "great position" to capitalize on rising enterprise adoption of Apple products and Jamf's total addressable market -- estimated at $10 billion last year -- may grow faster than expected due to the pandemic. Hedberg believes that Jamf has unique growth and profitability prospects.

Analyst Brad Sills is less optimistic, slapping a neutral rating on Jamf and a $42 price target. While Sills agrees with the other analysts in terms of fundamental upside associated with ongoing Apple uptake in the enterprise, the analyst has some concerns over valuation and believes investors are already pricing in that growth, as Jamf shares are trading at premium valuations.

Analyst Patrick Walravens started Jamf at outperform and pegged a $43 price target on the stock. Jamf's platform and "vertically focused infrastructure" are powerful offerings that have helped the company establish itself as a "clear leader in the space."

Analyst Raimo Lenschow is on the sidelines with an equal weight rating and $40 price target. The analyst believes that Jamf "sets the standard for managing business-use Apple devices," but also thinks the stock's current valuation is extremely optimistic and future growth is already priced in.

Details on some other initiations were not available. William Blair initiated coverage with an outperform rating, and Piper Sandler kicked things off with an overweight rating and $44 price target. All of the firms were underwriters in the IPO, and underwriters are generally a little biased to the upside despite the internal barrier between investment banking and sell-side equity analysts (known as the "Chinese wall").

Can This Stay-at-Home Stock Turn It Around?
405%