Please ensure Javascript is enabled for purposes of website accessibility
Log In Help Join The Motley Fool
Free Article Join Over 1 Million Premium Members And Get More In-Depth Stock Guidance and Research
By Evan Niu, CFA - Aug 18, 2020 at 8:30AM

The Japanese tech holding company is starting to pursue a different investing strategy.

Japanese tech conglomerate SoftBank (SFTB.Y 0.49%) is trying to rehabilitate its reputation after the company became widely mocked following the spectacular implosion of WeWork's planned IPO last year. The current state of that saga is that SoftBank has invested nearly $20 billion to own less than 100% of a company now worth around $3 billion, with SoftBank COO Marcelo Claure presently serving as WeWork chairman and trying to engineer a turnaround.

Following the headaches from investing in private start-ups -- SoftBank had invested in Uber when it was private and is still in the red on that position -- SoftBank is diversifying into big U.S. tech companies. 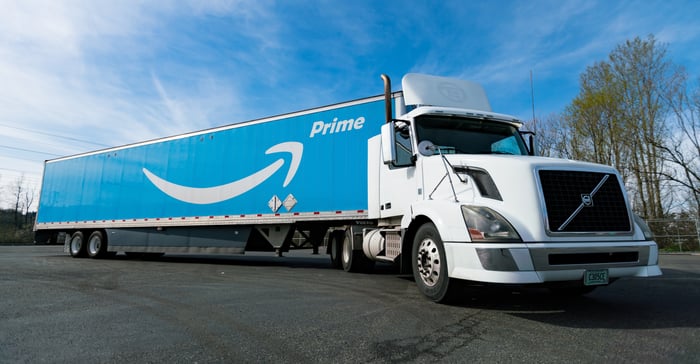 Big tech is the exact opposite of private start-ups

In a regulatory filing this week, SoftBank disclosed that it has now accumulated significant stakes in a couple dozen tech stocks, including a few megacaps that are among the most valuable companies in the world.

This is not an exhaustive list and SoftBank has also invested in some smaller tech companies, but these are some of the largest investments by market cap.

Ginormous companies like Amazon and Microsoft certainly won't be as risky, but they also won't offer as much potential upside, as each company is already worth over $1.5 trillion. One of SoftBank's greatest success stories was its early investment in China's Alibaba, so it's no surprise that SoftBank CEO Masayoshi Son is fond of e-commerce. Generally speaking, enterprise software companies are also extremely popular among investors, which is where Microsoft and Adobe fit in.

The conglomerate has chosen to buy Alphabet Class A shares (GOOGL) that carry 1 vote per share, as opposed to the Class C shares (GOOG -0.69%) that receive no votes. There have been times in the past where the two share classes would trade at slightly different prices, suggesting that the ability to vote carries some value even though voting is largely a futile endeavor with Alphabet, as co-founders Larry Page and Sergey Brin still wield 51% total voting power combined. Both share classes closed yesterday within a couple dollars of each other, suggesting the market has realized those votes aren't worth much.

SoftBank had previously invested in NVIDIA but had sold off that stake in early 2019. NVIDIA is reportedly interested in buying Arm, the British chip designer that SoftBank scooped up for $32 billion in 2016 but is now trying to sell a majority stake in. In other words, SoftBank is reinvesting in a company that might acquire another company that it is trying to mostly unload, so it might end up still indirectly owning some of that divested company through a new investment while maintaining a separate partial stake. Simple!

Back in 2017, Tesla had reportedly met with SoftBank to discuss a potential investment. No deal materialized out of those discussions, but the electric-vehicle maker did end up scoring a $1.8 billion investment (a 5% stake at the time) from China's Tencent around that time.

When SoftBank reported second-quarter results earlier this month, it noted that it had been buying "highly liquid listed shares." Now investors know what that meant.