Last week, hopes that movie theaters might soon get back to the business of showing movies in theaters helped lift shares of first AMC Entertainment (AMC -4.01%) and then its cinema chain rival Cinemark Holdings (CNK 1.29%) as well. 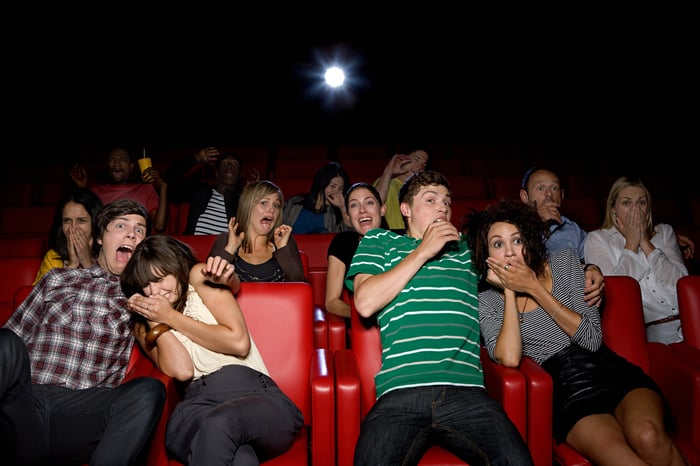 What's got investors worried today? Well, last night, Cinemark announced that while its own grand reopening has already begun, in order to keep its doors open and lights on while movie goers slowly file back to their seats, it's going to have to sell $400 million worth of "convertible senior notes" (i.e., debt that can turn into stock if certain conditions are met). Investors in Cineworld and AMC, meanwhile, may be wondering if where Cinemark just led, their own stocks will be forced to follow as theater chains scramble for cash to tide them over until audiences return to the theater.

For its part, Cinemark says it intends to use the proceeds from this debt offering to pay off other debt for "general corporate purposes" and also for "convertible note hedge and warrant transactions."

All of that sounds very complicated, but here's what it boils down to:

Cinemark is already a company with $3.1 billion more debt than cash on its books, and it's adding more debt to its burden. It's engaging in some convoluted financial transactions about which few details have been disclosed. The company could very well end up converting its new debt into stock which will dilute those investors out of an as-yet undetermined amount of their ownership of the company.

And it's doing all this without yet having proven that movie goers will return to its theaters under threat of infection from an ongoing coronavirus pandemic. If all that doesn't give nervous investors an excuse to think about selling movie theater stocks, I don't know what would.