It's going to be a volatile ride, but the aerospace giant still looks favorably positioned for long-term growth.

The latest results from Raytheon Technologies (RTX -0.33%) highlighted the investment proposition that every investor in the aerospace industry needs to focus on right now. Many stocks in the industry, including Raytheon, look like good values, but the risks around their end markets remain significant. Let's take a look at what you need to know before buying the stock.

The case for buying Raytheon is relatively simple, and is based on the following points:

To put these figures into context, FCF of $7 billion in 2023 would mean Raytheon currently trades at just 14 times 2023 FCF. That would be a very good valuation for a business that would, hopefully, be on a positive long-term growth trend thereafter. 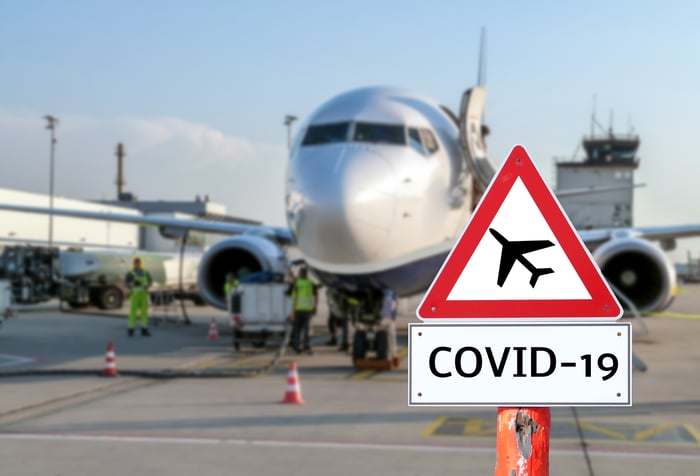 In addition, it's worth noting that management is expecting $2 billion in FCF in 2020. That figure may seem paltry, but consider that it comes in a pandemic-hit year and includes $1.2 billion to $1.4 billion of non-recurring items such as merger costs and cash taxes on dispositions.

During the recent earnings call, CFO Toby O'Brien said he expected the two major aerospace businesses -- Pratt & Whitney engines and aftermarket parts, and Collins Aerospace aerospace systems and aftermarket parts -- to be back to generating positive cash flow in the fourth quarter. In fact, Collins Aerospace is expected to generate "a little bit" of cash in the third quarter. Meanwhile, the defense businesses are on track, and analysts continue to expect an average of around $4.1 billion in FCF until 2023.

That all points to Raytheon generating something in the range of $5 billion to $6 billion in FCF in 2021. Either end of the range would make the stock look like a very good value as the march toward 2023 continues.

The glass-half-empty argument sees things a different way. Management's projections, analyst estimates, and market expectations are one thing, but believing in the numbers is another. And unfortunately, there's reason for circumspection here.

For example, the situation is highly dynamic. During the earnings call, Hayes was forced to admit that the impact of the pandemic on commercial aerospace "has proven to be a lot worse than what we originally projected even a few months ago."

In addition, a second wave of the pandemic would obviously put more pressure on commercial air travel, and in turn on the financial position of the airlines. Hayes explicitly recognized this point on the earnings call at the end of July, noting that "advanced bookings are not looking up right now, given what's going on with the infection rate in this country and around the world."

Indeed, fears over a second wave of COVID-19 led to the stock selling off over the summer, with the market pricing in a delayed recovery.

It's clear that there's a substantive amount of risk around Raytheon's earnings in the coming years. However, it also looks like there's a decent margin of safety built into its valuation.

Ultimately, the commercial aerospace market will recover from the lows of the second quarter of 2020 -- after all, it could hardly get much worse. Moreover, history suggests that while airlines haven't traditionally been a great investment for equity investors, they have been good investments for the bond market. In other words, even if the leading airlines suffer financial stress, it's likely that new capital will flow into the industry, provided air travel restrictions are limited.

All told, investing in Raytheon is likely to be a bumpy ride, with the stock price pushed and pulled by sentiment over the COVID-19 pandemic and its impact on air travel. If you are pessimistic about the pandemic, then Raytheon is worth avoiding -- along with the whole sector. However, if you believe that air travel will make a slow, albeit hesitant, recovery, then Raytheon remains an attractive stock.