Sales and earnings both miss in Q2.

Shares of Arcimoto (FUV 0.31%), a Eugene, Oregon-based automaker of three-wheeled electric vehicles -- including the Fun Utility Vehicle, hence the stock ticker -- are down more 10.5% as of 10:25 a.m. EDT today. The drop follows the company's miss on both sales and earnings last night.

Heading into Q2, analysts had forecast that Arcimoto would lose $0.11 per share on about $270,000 in quarterly sales. Sales actually came close to hitting that goal at $268,500, but losses were significantly worse than expected, at $0.15 per share, because of "significantly higher cost of goods sold." 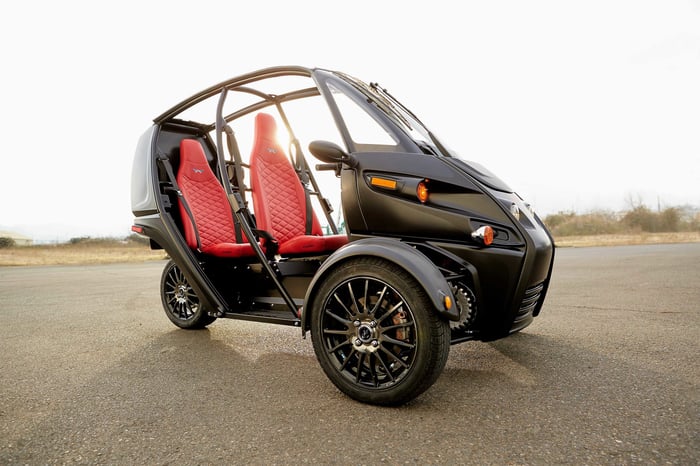 Arcimoto says it plans to ramp up annual production to 50,000 electric vehicles within the next two years. And while management says in its report that "2020 continues to be a challenge to each of us in almost every way," sales are growing (albeit off a small base).

One year ago, Arcimoto recorded only $8,514 in quarterly revenue for Q2 2019. This quarter, that number increased more than 3,000% -- though still falling short of estimates -- through the "continued sale of FUV and Deliverator products to customers that began in late 2019."

Going forward, production numbers should rise and take sales along with them, but it's going to be a long road to profits.

At last report, Arcimoto was producing about two vehicles per day and had built only a few more than 100 vehicles total. That's a long way from 50,000 per year. Still, as production rates accelerate, analysts are forecasting smaller and smaller net losses for Arcimoto and a turn to profitability in 2023.

Of course, looked at another way, that means Arcimoto is still as many as three years away from (maybe) earning any profit at all. Investors today, it seems, simply aren't willing to wait that long.

Why Arcimoto Stock Fell 17.1% in February

Why Arcimoto Stock Skyrocketed 63.4% in January

Why Arcimoto Shares Are Down 15% Today