Here's how to put a thousand dollars to work in the market now.

The stock market's rebound has been impressive. Since hitting its pandemic-era lows in March, the S&P 500 has soared by more than 50% and recently hit a fresh all-time high, completely erasing the effects of the COVID-19 outbreak on the stock market.

Not all stocks have fared so well, and there are still some excellent long-term investment opportunities if you have $1,000 you'd like to put to work now. Two, in particular, that could be worth a closer look are Berkshire Hathaway (BRK.A 0.26%) (BRK.B 0.06%) and Pinterest (PINS -0.27%).

I've added shares of both to my portfolio in the past few months. Here's why you might want to consider doing the same. 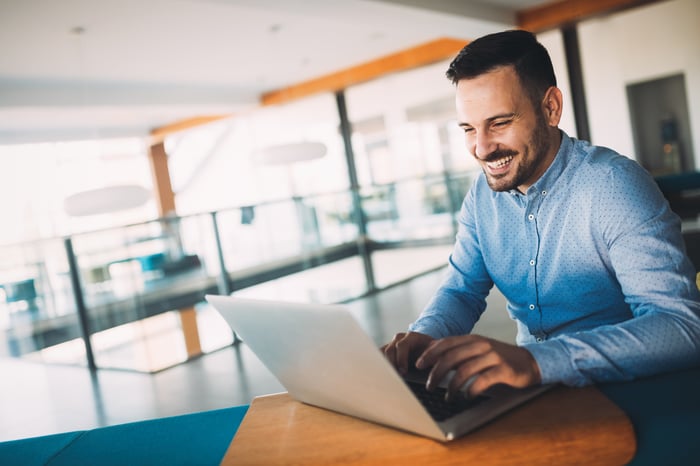 Many investors were surprised to see that Warren Buffett and the rest of Berkshire Hathaway's team didn't put more money to work in the stock market during the second quarter. In fact, Berkshire was a net seller of stock, and by a wide margin. Not only did the company's recent SEC filing confirm the sales of Berkshire's airline investments, but the company disposed of nearly $7 billion of its bank stocks, an industry Buffett has historically loved to invest in.

However, it seems like the tide may be starting to turn. Although Berkshire ended the second quarter with an all-time high $146.6 billion in cash and short-term investments on its balance sheet, the Oracle of Omaha finally appears ready to start putting money to work. In early July, Berkshire made a nearly $10 billion investment (including assumed debt) in the natural gas assets of Dominion Energy, and over the course of a couple of weeks, invested more than $2 billion in boosting its Bank of America stake.

Lack of investment opportunities has been a major complaint of Buffett (and Berkshire's shareholders) for years. Now that it looks like the company might finally be finding success in deploying its massive hoard of capital, it could be a smart time to buy.

This isn't the cheapest stock, but has tremendous long-term potential

I'm not a big fan of social media stocks, in general, but Pinterest is a big exception.

The company's user growth has been impressive. It has 416 million monthly active users (MAUs), which translates to 39% year-over-year growth. Plus, Pinterest has done a great job of expanding into international markets, with more than 100 million non-U.S. users added over the past year alone.

The pandemic has provided a tailwind to Pinterest, as people were forced to stay at home and needed ideas. And where better to find them?

Now, 416 million MAUs may sound like a huge and impressive number (and it is), but consider that this is roughly one-eighth of Facebook's user base. In short, there could still be tremendous potential to expand Pinterest's reach.

Finally, there are tons of potential revenue generators Pinterest could go after, with none more exciting than the e-commerce opportunity. Pinterest recently partnered with Shopify to bring product catalogs onto its platform, and this has the potential to generate game-changing revenue for the company. Through its potential user growth, e-commerce power, and focus on ad sales, Pinterest could multiply its revenue several times over in the coming years.

To be perfectly clear, I'm not expecting any of these three stocks to go straight up. I have absolutely no idea what their share prices will do over the next week, month, or even year. And I expect quite a bit of market volatility as the true economic effects of the pandemic play out over the next year or two.

The point is that these three stocks look extremely attractive right now, but only from a long-term perspective. If you measure your investment returns in increments of five years or even in decades, these could be great ways to put $1,000 to work in your brokerage account now.