Please ensure Javascript is enabled for purposes of website accessibility
Log In Help Join The Motley Fool
Free Article Join Over 1 Million Premium Members And Get More In-Depth Stock Guidance and Research
By Daniel B. Kline – Aug 23, 2020 at 9:00AM

The high-powered recording artist has been very shrewd when it comes to making money.

The music industry has a reputation for taking advantage of the artists it employs. Performers often sign bad deals and end up not making much money as they generate millions for others. While that's happening, they're often encouraged to spend money they don't actually have, going into debt, and setting up the sad ending of the eventual documentary on their downfall.

Taylor Swift has managed to avoid that fate. Even though she became famous as a teenager, she has made smart decisions and amassed a fortune that's approaching $400 million.

Swift has accumulated that wealth partly through her music and partly by building a global brand. The singer and songwriter has worked with major brands including Coca-Cola, Capital One, AT&T, Coty's CoverGirl, Apple, and others. 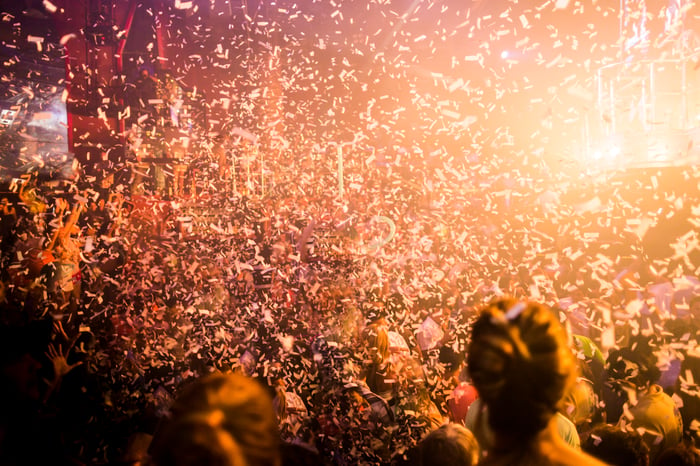 Do what you love

Many of Swift's endorsements come from what she actually likes. Her partnership with Apple, for example, was centered around commercials based on music she loves. Swift's deal with Coca-Cola has been built around her love of Diet Coke.

Those types of deals connect with consumers, and they play as genuine. That helps Swift build a deeper connection with her fan base rather than being accused of selling out.

She has also smartly maximized her earnings by touring extensively and using dynamic pricing to sell tickets. Essentially, this is using a model that delivers the maximum return rather than quickly selling out.

If you went on Ticketmaster in January and pulled up a third-row seat for Taylor Swift's June 2nd show at Chicago's Soldier Field, it would have cost you $995. But if you looked up the same seat three months later, the price would have been $595. That's because Swift has adopted "dynamic pricing," where concert tickets -- like airline seats -- shift prices constantly in adjusting to market demand. It's a move intended to squeeze out the secondary-ticket market -- but it's also left many fans confused as they're asked to pay hundreds of dollars more than face value.

That may not be very fan-friendly, but it maximizes revenue for the artist (and the ticket seller) instead of letting third-party sellers take a piece of the action. Basically, fans end up paying the same price anyway, so using this model makes Swift the most money possible when she tours.

Finally, Swift has been very smart about collaborations. Working with other artists exposes her to their fans and, in some cases, lends their credibility to hers. Working with Ed Sheeran (maybe the only pop artist bigger than her) can't hurt. The same might be said for Kendrick Lamar or the Chicks (formerly the Dixie Chicks), two major acts whose fans may not be naturally inclined to check out a T-Swift record.

What are the business lessons?

The lesson from Swift's endorsements is that you can sell without selling out. Endorsing Coke when you're a big Diet Coke fan is profiting from something she believes in any way and has never tried to hide.

How does that apply to you? Think of the same logic when you invest. You might make money buying shares of a company whose mission you don't support. Or you could invest in brands that speak to who you are and what you believe in -- while still making money.

Dynamic pricing is basically Swift teaching you to get what you're worth. Negotiate for the raise you deserve by showing the value you created, and be willing to move on if your company won't pay you accordingly.

Lastly, Swift has taught us the business value of teamwork. I'm good at many things, but often turn to my colleagues when I'm asked a question outside my circle of competence. Do that a lot and you will soon find that your own circle has grown.