The media-streaming giant is always the talk of the town. Here's what Netflix has done to inspire headlines in the past few weeks.

Digital video veteran Netflix (NFLX 1.07%) is a perennial headline generator. Few companies receive more attention from media, analysts, and investors, partly thanks to a history of market-crushing returns. A $10,000 investment in Netflix just five years ago would be worth nearly $47,000 today. In a full decade, the same investment would have given you a $268,000 return. 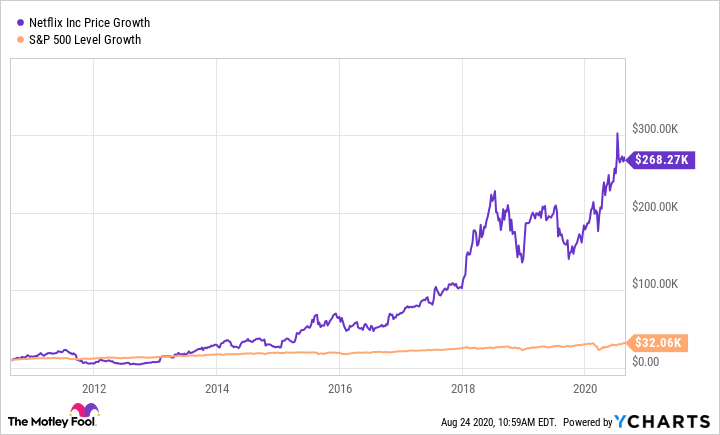 That's not the whole story, of course. Netflix is making fresh news as we speak, keeping headline writers as busy as ever. Here's a handful of Netflix's most recent headline-inspiring efforts.

Netflix is one of the most obvious winners in the COVID-19 era. People around the world found themselves thirsting for entertainment during lockdown policies and safer-at-home rulings, and this company offers a large selection of high-quality films and shows at a reasonable cost. Much of Netflix's material cannot be found elsewhere.

The health crisis accelerated Netflix's subscriber growth by approximately 14 million net new accounts in the spring. The sign-up frenzy trailed off over the summer but Netflix still stands far ahead of its projected growth plans for 2020. It's not a subtle difference.

The fantastic report did not unlock massive overnight gains for Netflix shareholders. Stock prices fell 7% the next day as investors shrugged off the strong subscriber additions and revenue results to focus on earnings below analyst estimates. The tail of the red line pointing downward in the preceding chart didn't help, either. Some investors had been hoping for a sustained positive coronavirus effect and were disappointed to see the positive trend trailing off instead.

I'd like to point out that the projected third-quarter additions remain above the final second-quarter tally. The slight downtrend should be just as temporary as the initial jump but on a smaller scale. The long-term tendency still points to solid subscriber gains throughout 2020.

Netflix shares are still trading approximately where they stood the day after the earnings report in mid-July. In other words, it isn't too late to take advantage of this tempting buying window.

The company slammed the brakes on its original content production in March. In June, job postings and casting calls suggested that Netflix might put actors in front of cameras again as early as Aug. 3.

Netflix is getting its huge production machinery back in action, though it will take some time to have everything up to speed. Crews and actors are dealing with federal and local social distancing policies, often strengthened by Netflix's own virus-fighting efforts. The company reportedly has a full schedule on tap for the fall, all filmed and edited before the COVID-19 shutdown, so the production restarts will play a larger role in 2021.

4. A poor choice of promotional posters

Netflix acquired the rights to the award-winning Cuties, a French film that explores the tension between traditional family values and modern culture. The first round of promotional material for the Netflix premiere, which is slated for Sept. 9, showed the core cast of 11-year-old girls in alluring positions, starting a firestorm of controversy across social media channels. A petition to remove the film entirely collected more than 150,000 signatures.

In response, Netflix apologized for the poorly chosen poster and changed the movie's promotional graphics. The main poster now highlights lead actress Fathia Youssouf looking over her shoulder in a much less controversial pose. Cuties is still scheduled for release in September.

I find it ironic that a film that examines the challenges of sexual imagery around children inspired protests based on that exact theme. The very act of publishing Cuties on Netflix's worldwide distribution platform could start a healthy assessment of the movie's central issue, assuming that the critics take the time to actually watch the movie. 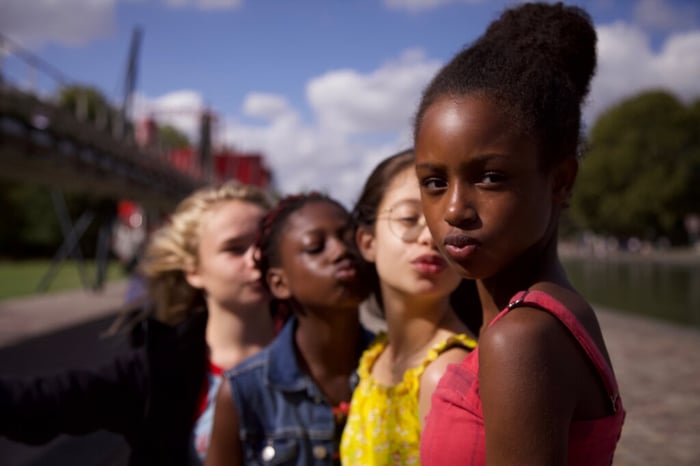 5. A rich haul of Emmy nominations

In 2019, Netflix won 27 Emmy statuettes among a haul of 118 nominations. The company has never snagged the two most important Emmy titles of Outstanding Comedy Series and Outstanding Drama Series, so all eyes in Netlix's headquarters will be on those categories on September 20. There are eight nominees in the Comedy category, including two from Netflix (Dead to Me and The Kominsky Method). The odds look a little bit better on the drama side, where Netflix has three nominees (Ozark, Stranger Things, and The Crown) in a field of nine options.