It's all about the athleisure wear.

Shares of The Gap (GPS -0.95%) popped on Tuesday, thanks to a major upgrade from Citigroup. Analyst Paul Lejuez at the influential bank doubled his price target on the retailer's stock, to $24 per share. Even after Tuesday's price jump, the shares were only trading at just above $17 apiece.

The analyst also upped his recommendation on the stock, to buy from the previous neutral. 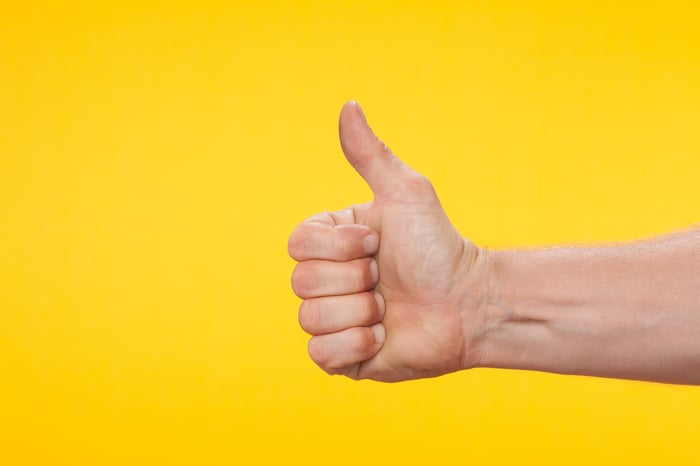 Lejuez is basing his very bullish new analysis on the value of Athleta, the successful athletic apparel brand owned by The Gap. He estimates it to be worth $3.6 billion on its own, and has sufficient room for meaningful growth -- after all, it operates in a retail segment that continues to be hot among consumers.

The Citigroup analyst speculated that The Gap could unlock considerable value from spinning off Athleta. This, despite the fact that the company's most recent plans for a divestment -- that off budget brand Old Navy --  were abandoned.

This week, we'll see if this optimism in The Gap's future is justified.

The retailer is scheduled to publish and discuss its second quarter of fiscal 2020 results on Thursday. Collectively, analysts tracking the stock are expecting a net loss of $0.40 per share, in sharp contrast to the $0.63 per share profit in the same quarter a year ago. Those prognosticators believe that the retailer will post revenue of $2.9 billion, down from the year-ago result of $4 billion.