Please ensure Javascript is enabled for purposes of website accessibility
Log In Help Join The Motley Fool
Free Article Join Over 1 Million Premium Members And Get More In-Depth Stock Guidance and Research
By Brent Nyitray, CFA – Aug 26, 2020 at 9:15AM

The former Magellan manager knows: Stalwarts, fast growers, and boring companies can be great for your portfolio.

Peter Lynch's book One Up on Wall Street is a classic that every investor should read. It gives great insight into how professional investors look at the market. Lynch ran Fidelity's Magellan fund from 1977 to 1990, and during that time earned a 29.2% annualized return.

While he was known for 10-bagger growth stocks, he also gives tips on finding value and understanding what motivates corporate managers. Lynch also gives some instruction on the different metrics that matter. He comes up with several different buckets that make a stock attractive. Here are three examples, with a corresponding stock. 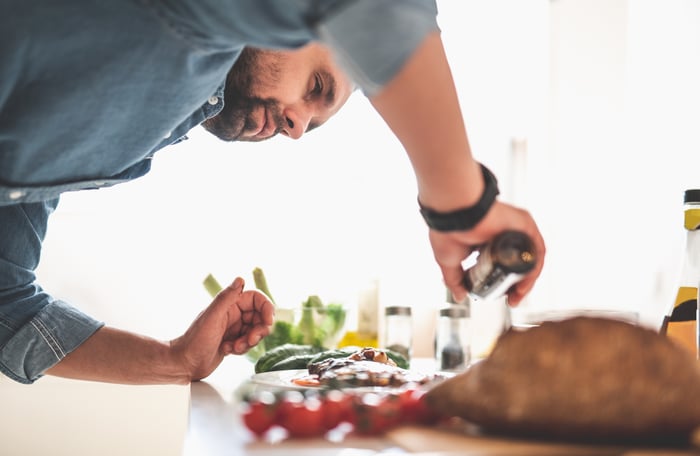 The company that does something dull

Lynch had a soft spot for companies that do something dull, have some sort of competitive advantage, and run an easy-to-understand business. Vulcan Materials (VMC -0.69%) certainly fits the bill. Vulcan is in the aggregates business, which means it owns quarries and sells gravel, asphalt, and cement.

As a general rule (and this was why Peter Lynch liked these sorts of stocks so much), it faces limited competition because transportation costs matter so much. It's expensive to truck a load of gravel into someone else's territory, and as a general rule people tend to not like quarries in their neighborhood. This limits the supply of aggregates in a local market.

Aggregates companies are sensitive to construction spending, and we are probably looking at some sort of public works spend after the election. In addition, homebuilding will continue, and COVID-19 has certainly made the exurbs more attractive. The new work-from-home environment is conducive to neighborhoods far from city centers. This means new roads, driveways, shopping centers, and more.

Vulcan Materials trades at 27 times expected 2020 earnings per share, but the coronavirus has certainly delayed construction projects. That said, this should unwind over the next several quarters, and profit per ton of aggregate increased 9% last quarter.

Lynch made his name in the late 1970s and 1980s. He witnessed firsthand the carnage of the Nifty Fifty, and therefore was leery of cult stocks. That said, Lynch loved fast-growing companies, especially those in an industry that is not necessarily growing fast. Beyond Meat (BYND 4.11%) is a great example of this.

The food market is going to pretty much mirror population growth and gross domestic product. Beyond Meat is in the fast-growing sector of plant-based meat substitutes. For ethical reasons, many consumers are adapting their diets to be more sustainable. Plant-based products are getting better in quality, and sales are growing rapidly.

Beyond Meat is operating pretty much at breakeven, but the Street expects the company to earn $0.14 per share this year. Sales are expected to increase 60% to $476 million. Still, that is a tiny fraction of the estimated $300 billion that Americans spend on meat each year. Plant-based substitutes continue to take share from meat consumption.

Stalwarts are the type of stocks that have defensive characteristics and generally grow faster than GDP. Lynch says in the book that he always keeps some stalwarts in his portfolio because they "offer pretty good protection during recessions and hard times." That sounds like a defensive stock, and here's one: McCormick (MKC).

The spice business has performed well during the coronavirus lockdown as restaurants have been closed and more people are cooking at home. It is also the classic defensive: If the economy is lousy, people will still buy garlic salt. McCormick trades at 35 times expected 2020 earnings, and has expected EPS growth of 8%.

So during this period, bonds were a much more compelling investment (16% in Treasuries, risk-free, sounds pretty good). This meant multiples were much lower then. When reading his book, it pays to understand he was operating in a high-inflation, high-interest-rate economy, which is much different than today, when rates and inflation are unusually low. That said, the book contains some timeless investing wisdom and is certainly worth a read.

This Dividend Aristocrat Is 21% Off Its Record High: Should You Buy the Dip?
349%