Please ensure Javascript is enabled for purposes of website accessibility
Log In Help Join The Motley Fool
Free Article Join Over 1 Million Premium Members And Get More In-Depth Stock Guidance and Research
By Keith Speights – Aug 27, 2020 at 6:08AM

The biotech's coronavirus vaccine candidate gets the spotlight, but you might want to shine some light on this program, too.

You can't read an article about Inovio Pharmaceuticals (INO 2.62%) without its coronavirus vaccine candidate INO-4800 receiving prominent attention. This article is obviously no exception.

It makes sense why INO-4800 is the primary focus of investors. If the vaccine is successful in phase 2 clinical testing and goes on to eventually win regulatory approval, Inovio will become a much bigger company in a hurry.

But there's one key thing that you might be overlooking with Inovio that could potentially be a game-changer for the biotech. 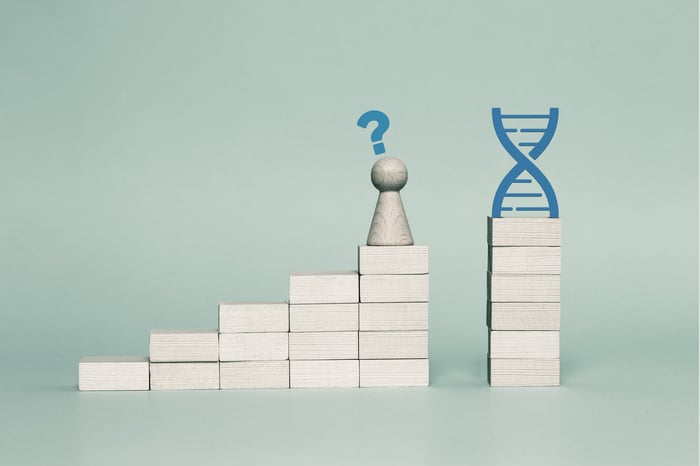 Based on the extensive coverage of INO-4800, you'd think that the vaccine candidate is Inovio's lead pipeline candidate. But it isn't. That distinction goes to VGX-3100.

Until earlier this year, any discussion of Inovio would have almost certainly centered on VGX-3100. Inovio is currently evaluating the immunotherapy in two phase 3 clinical studies as a potential treatment for human papillomavirus (HPV)-related precancerous cervical dysplasia, also known as high-grade squamous intraepithelial lesions (HSIL).

The company expects to report top-line results from the first of these two late-stage studies in the fourth quarter of this year. Patient enrollment for the second study continues across 43 recruiting sites. The study should wrap up in the first half of 2021.

Sure, INO-4800 could potentially be used to vaccinate hundreds of millions and even billions of people if it's successful. However, it would almost certainly have to compete against other COVID-19 vaccines. There are at least nine candidates ahead of INO-4800 in clinical testing.

But VGX-3100 wouldn't have such a problem. There currently aren't any drugs approved by the Food and Drug Administration for treating cervical dysplasia. The only treatment option is invasive surgery.

And there's a substantial market for VGX-3100 if it's approved in the targeted indications. That's especially true for cervical dysplasia, as around 195,000 people in the U.S. and 233,000 people in Europe are diagnosed with the disease each year. Market researcher EvaluatePharma projects that VGX-3100 could generate peak annual sales of more than $600 million if approved.

Inovio's market cap currently stands at a little over $2 billion. If VGX-3100 goes on to win approval and meet commercial expectations, the biotech stock could come close to doubling based on the prospects for the one immunotherapy alone. And that doesn't factor in the potential of Inovio's other pipeline candidates that have nothing to do with the coronavirus.

There remains uncertainty about how VGX-3100 will fare in late-stage testing, though. Over 35% of therapies targeting infectious diseases that made it to phase 3 clinical studies didn't win FDA approval between 2006 and 2015, according to an analysis by Biotechnology Innovation Organization, an industry trade group. Two-thirds of oncology-related candidates in phase 3 testing failed to secure FDA approval during the period.

VGX-3100 is an immunotherapy that targets precancerous conditions caused by a virus. It's probably safe to assume that the drug's chances of obtaining FDA approval aren't better than 65% or so, using history as a guide.

Inovio doesn't have a slam dunk with any of its pipeline candidates, but its prospects should improve when you look at all of its shots on goal. INO-4800 gets most of the spotlight these days for the biotech, but VGX-3100 merits attention, too.