Please ensure Javascript is enabled for purposes of website accessibility
Log In Help Join The Motley Fool
Free Article Join Over 1 Million Premium Members And Get More In-Depth Stock Guidance and Research
By James Brumley – Aug 27, 2020 at 8:10AM

The company suffered a steep sales drop its rivals didn't, and now sits on more inventory than it may be able to sell at full price.

Investors knew last quarter would be a tough one for most retailers. It was the first quarter fully affected by coronavirus lockdowns, and even where non-essential shopping is allowed again, consumers aren't exactly mobbing those stores.

Department store chain Nordstrom (JWN -6.52%), however, reported surprisingly disappointing second-quarter results even after factoring in the fallout from the COVID-19 contagion. The three most alarming red flags are the sheer scope of its sales decline, comparatively high spending, and still-high inventory levels. The company explained in its conference call that there was a reason it was holding all that merchandise, but it's a risky bet. 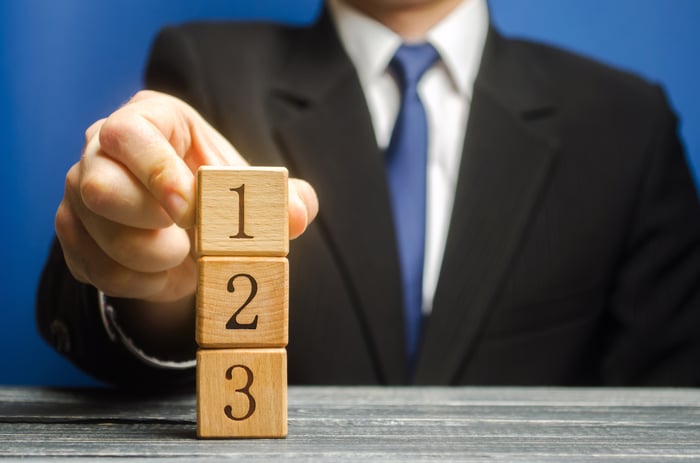 For the quarter ending on Aug. 1, Nordstrom's top line tumbled to the tune of 55% year over year. Blame the coronavirus response, of course. The quarterly filing also stated that stores were closed about 50% of that time, and its all-important Anniversary Sale was pushed back from that quarter to the quarter currently underway.

Still, the numbers aren't even close to the sorts of sales drops other department stores suffered during the same quarter. Kohl's (KSS -1.94%) revenue only slipped 23% for the same three-month stretch. Dillard's (DDS -3.64%) top line fell 33%. Nordstrom CEO Erik Nordstrom commented during the Q2 earnings call that the rescheduled sale resulted in only "a timing shift of approximately 10 percentage points." That still leaves several hundred million dollars' worth of revenue deterioration unaccounted for when comparing Nordstrom's numbers to competitors.

Nordstrom did curb its operating expenses, for the record, but not as much as one might expect. Selling, general, and administrative spending fell 30% from around $1.2 billion to $826 million, falling short of the 55% dip in total revenue.

It's not the end of the world, so to speak. Scaling spending back completely in line with sales could leave the company poorly positioned for a post-coronavirus rebound. But the company's total cost of sales (the cost of merchandise and directly related expenses) only fell about 43% year over year. End result? Gross margins slipped from 35% to 25%. For comparison, Dillard's gross margins last quarter rolled in at 30%, up from the year-earlier comp of 28%. Kohl's gross margins fell from 39% to 33% for the three-month period ending on Aug. 1. It's a not-entirely subtle clue that markdowns and discounting of Nordstrom's inventory are happening in earnest.

Despite those markdowns and the impressive way Nordstrom reduced merchandise receipts immediately after the pandemic took hold, inventory levels remain relatively high. It's got $1.46 billion worth of goods for sale right now, down 23% from year-ago levels, but essentially in line with the $1.49 billion worth of inventory on hand as of the beginning of May. Kohl's culled its inventory levels by 26% year over year, but its $2.7 billion worth of merchandise on hand now is also about 24% less than the $3.6 billion in goods it had on hand as of the beginning of May. Dillard's cut its merchandise levels by a little over 18% during the recently ended quarter.

There may be a method to the madness, so to speak. Erik Nordstrom noted during the conference call: "We increased receipts in July as we geared up for our Anniversary Sale that began on August 4." Nordstrom added that sales trends for the event that ends later this month were sequentially improving, as the company expected.

It was still a big risk, though. Between a reaccelerated spread of the coronavirus, economic uncertainty, social unrest, and lots of political tensions, there's plenty of reason for consumers to skip the shopping excursion this time around. If it's the typical summertime and back-to-school mix of merchandise and it doesn't sell now, it's going to be tough to sell -- even with markdowns -- as we move toward fall fashions.

Don't read too much into the message. Nordstrom still does plenty of other things better than most, like creating a true shopping experience and positioning itself as a lifestyle company. As I explained a quarter ago, Nordstrom has an impressive degree of inventory flexibility.

What it may or may not have right now, however, is a willingness to use it. The company's made a huge bet on this month's Anniversary Sale by procuring plenty of merchandise to sell. If there was ever a time to steer clear of big bets, though, this is it. Most retailers remain subject to tricky environmental factors entirely out of their control -- namely, COVID-19. The second quarter's exaggerated sales decline arguably should have prompted the company to tighten the purse strings and play a little more defense.

We'll see if it was the right call three months from now. In the meantime, investors may want to think about why Nordstrom isn't doing what Kohl's and Dillard's are.

Why Nordstrom Stock Was Up This Week
356%