Please ensure Javascript is enabled for purposes of website accessibility
Log In Help Join The Motley Fool
Free Article Join Over 1 Million Premium Members And Get More In-Depth Stock Guidance and Research
By Maurie Backman - Aug 29, 2020 at 6:18AM

We can all learn a lot from one of the most successful media personalities of our time.

Oprah Winfrey has her hands in so many aspects of media it's hard to keep track. But she didn't build her empire overnight. It took years of hard work and effort to get to where she is today, and to accumulate an astounding $2.6 billion net worth.

Of course, most of us won't come close to emulating Oprah's level of wealth. But there are a number of important investing lessons we can learn from her nonetheless.

1. Always invest in companies you know and understand

It's no secret that Oprah has struggled with her weight through the years, so it makes sense that she turned to Weight Watchers from both a lifestyle and an investing standpoint by following its diet program and buying its stock. Of course, you don't necessarily need to limit your portfolio to companies whose products you use regularly. But one thing you should do is make sure to load up on companies whose business models you truly understand. Specifically, you should know how those companies make money and what gives them an edge over the competition. 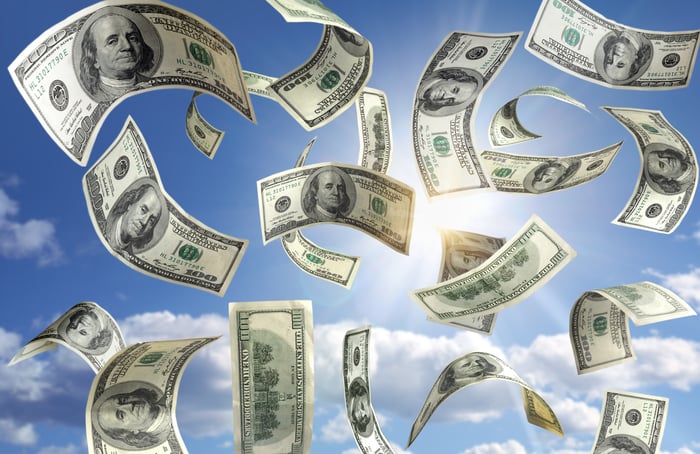 2. Hold onto the quality stocks you buy

That leads to an important point about investing: You should never expect to make a quick buck in the stock market. Sure, it's technically possible to buy a stock at a low, hang onto it for a few months, and cash out at a profit, but generally speaking, that's not a great approach to investing. A better bet is to load up on stocks you believe in and then hold them for a very long time.

We may not know what all of Oprah's stock holdings look like, but one thing we do know is that she's more than just a talk-show host; she has her own magazine, radio channel, and acting career to boot. In other words, Oprah has a wide array of income streams, and with a diverse investment portfolio, you, too, can increase your income.

What does a diverse portfolio look like? It can mean several things. With regard to individual stocks, aim for at least 15 to 20 -- more, if you're willing to do the research. At the same time, consider buying index funds, which are passively managed funds that track existing market indexes. In fact, if your goal is to build a diverse portfolio, an S&P 500 index fund is a good place to start, because it effectively lets you invest in the 500 largest publicly trading companies. That gives you great market exposure and also takes some of the guesswork out of investing.

4. Don't harp on your losses

Oprah wasn't always such a giant success. When she first started out as a news anchor in Baltimore, she wound up getting demoted after a few months. Similarly, as an investor, you might end up taking losses in your portfolio, but don't let them get you down or discourage you from continuing to invest. At the same time, think about why those losses occurred. Did you act hastily and sell a losing stock before it had a chance to recover? When it comes to investing, every loss is technically a learning opportunity. Just as Oprah took a career hit early on, instead of letting it stop her, she used it as inspiration to do better.

Learn from one of the greats

Oprah Winfrey may not be known as a world-class investor, but she's clearly done very well for herself. Though you may never get as rich as Oprah, following her lead could still make you wealthier than you are today.