Sea Limited is up 275% on the year, but that shouldn't dissuade you from investing for the long term.

When looking at a stock that has gone up or down a lot in a short amount of time, investors should ignore where the stock has gone, and focus instead on where it might go on the future. How many times have the big FAANG tech stocks looked expensive during their corporate lives, only to go on to produce market-beating returns over the long term?

Speaking of large internet stocks: One FAANG "equivalent" over in Southeast Asia is Sea Limited. The company, which is a mobile video game publisher, e-commerce company, and digital payments player all in one, has been one of this year's hottest stocks, nearly quadrupling in 2020.

But even at its current $77 billion market cap, I don't think it's too late to get in on this potential millionaire-maker stock. 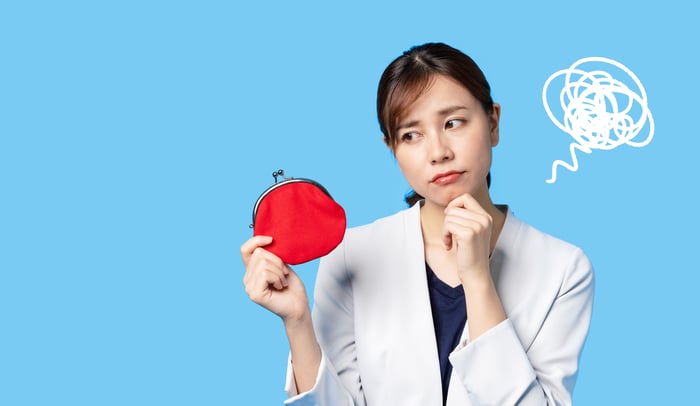 Sea made its first big splash with its Free Fire mobile video game, which launched at the end of 2017. What really has investors excited, though, is the company's e-commerce division, which has shown impressive growth in a very short amount of time, surpassing early competitors in the region.

Attached to that e-commerce platform is Sea's SeaMoney digital payments platform. Though SeaMoney generates minimal revenues today, it's also growing very fast. If it can achieve the feats of leading digital payments players in other countries, SeaMoney could also be a material contributor in the future.

Check out the company's most recent quarterly results:

Obviously, that's some eye-popping growth in some very big markets. But at $77 billion -- or about 25 times Sea's current revenue run-rate -- is all of Sea's future growth priced in? When looking at the future opportunity, I think there's still more value Sea can add for investors, even from these lofty levels.

A combination of Alibaba and Tencent

Sea Limited is particularly enticing because Southeast Asia is one of the fastest-growing markets for internet usage and digitization. Sea has also quickly established a leading position in both mobile video games (like Tencent (TCEHY 3.69%) has in China) and e-commerce (like Alibaba (BABA 4.79%) has, also in China). When looking at the potential of each business compared with the size of the Southeast Asian market, the opportunity appears quite large.

Comparing to other giants

In mobile video games, Sea's Free Fire has catapulted it to international prominence. Besides Free Fire, the company's Garena video game segment also has exclusive rights to adapt and distribute many foreign games for the Southeast Asian market. That makes it potentially more valuable than a typical game publisher. Garena's revenue growth has surpassed many of the large video game publishers today, even as the sector is booming, and even though Sea is smaller and younger. Here's how the company's gaming segment compares to many international video game pure-play companies.

While the aforementioned game giants have had decades to develop franchises, Free Fire was Sea's first in-house developed game. Given its youth and the fact that Sea hit a grand slam with its first in-house effort, I could see the company garnering a higher multiple than its peers. As such, I think Garena could be worth $15 billion to $20 billion, or around 10 times sales, if not more.

Probably the most exciting part of Sea Limited is the potential of Shopee, its e-commerce business. The platform only launched in 2015, but has already outpaced its competitors in the Southeast Asian e-commerce market, including Alibaba-backed Lazada.

As you can see, Sea's revenue growth was off the charts in the latest pandemic-fueled quarter. While the company is still taking hefty losses in e-commerce, the race is on to grab market share against Lazada and Tokopedia in the region. Only half of Southeast Asia's 360 million internet users order goods online today, so there is still quite a lot of the region to penetrate. That's likely how Shopee was able to leap ahead of incumbents in such a short amount of time.

It's hard to estimate how big Shopee could become, but we can try. With its combination of asset-light e-commerce and digital payments, it seems to be modeling itself after Alibaba. Shopee has done a great job of making its e-commerce localized for the wide variety of countries in which Sea operates. Whatever Sea is doing, it's clearly winning over hearts and minds in its regions.

Alibaba is a sprawling conglomerate nowadays, but still makes about half its revenue from Chinese e-commerce commissions and marketing revenue. About 87% of its revenue comes from total e-commerce, including its direct grocery sales, wholesale, international, and logistics segments. According to eMarketer, Alibaba currently has 55.9% market share in Chinese e-commerce.

Sea's core Southeast Asian territories were estimated to have 600.8 million people and $3.6 trillion in GDP in 2019, compared with China's population of 1.44 billion and GDP of about $14.3 trillion.

Shopee's core region is about 25% as large as China on a GDP basis, but has a lower e-commerce penetration rate. Assuming Shopee can gain 50% market share in Southeast Asian e-commerce, as Alibaba has in China, could it theoretically become 25% as large as Alibaba, which has a $750 billion market cap? Alibaba also has a valuable cloud computing platform and other ancillary businesses, but these other business lines outside of e-commerce and payments only account for 13% of its revenue.

If Shopee can continue its success and gain such a large share of the Southeast Asian market, it's not inconceivable to one day value Sea's e-commerce and payments businesses at $150 billion, or "one-fifth an Alibaba." That's especially true since Shopee has also entered Latin America just recently. While it's well behind leader MercadoLibre there, that region is roughly as large as Southeast Asia, so it could add some incremental growth in the years ahead.

It's not too late for the longer-term investor

As long as Sea continues to execute as well as it has over the past few years, I don't see why it couldn't become a $150 billion to $200 billion market cap company in the future. While the company has crushed the market this year, I think its $77 billion market cap could still march higher in the years ahead. If you are interested in the company and don't own any shares, it may be worthwhile to take at least a small position in Sea today instead of waiting for a pullback.