Farfetch (NYSE:FTCH)not only sells high fashion clothing online, but it also helps other retailers do the same. The company sees online high fashion as a $100 billion market opportunity, and in order to seize that opportunity, it's crafted what it calls an "e-concessions" model to attract top brands. In other words, Farfetch isn't just an internet retailer -- it's also the Shopify of the high-fashion niche, working behind the scenes to help other retailers sell expensive clothes online.

Now Amazon is trying to move in and take market share. Should Farfetch investors be worried? Let's dig in. 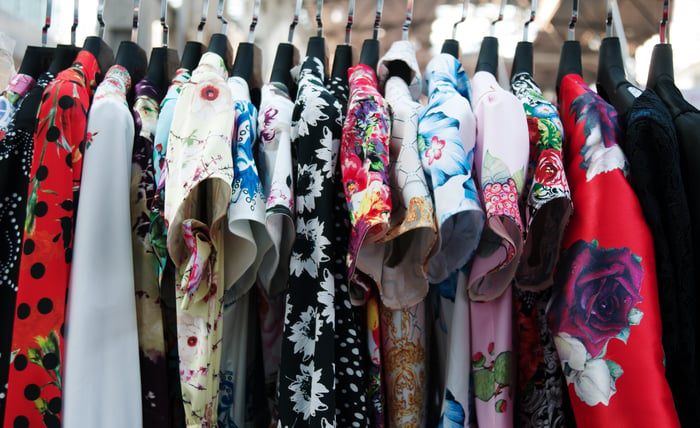 Amazon might have branding issues in the high-fashion niche

According to a report in Women's Wear Daily (WWD) back in January, Amazon is planning on a shop-in-a-shop concept for its new venture. This apparently means the high fashion clothes will be sold via Amazon's website. That's very likely a branding mismatch. Amazon is a powerful and ubiquitous retailer, but its popularity cuts against the exclusivity that high fashion brands seek. It's rumored that when Amazon tried to recruit Louis Vuitton and other brands of LVMH Moet Hennessy for its high-fashion platform, it was rebuffed.

Amazon has been able to find a dozen as-yet-unnamed high-end brands willing to volunteer. The store will open in September. Right now Amazon has teamed up with Vogue to create Common Threads, an "initiative aimed at raising both awareness and needed funds for those in the American fashion community who have been impacted by the COVID-19 pandemic."

Is Farfetch worried? Not at the moment. "Never underestimate Amazon, it's such a successful business," Farfetch CEO Jose Neves said to WWD. "Our data and our conversations with brands indicate they are still far away from getting traction from the industry." This confidence stems from the fact that Farfetch is the clear leader in the internet market for high fashion, and it's not even close.

While Amazon's store-within-a-store will have 12 high fashion brands, Farfetch offers 3,500 upscale brands in its marketplace. The company has 2 million of its repeat customers enrolled in a loyalty program. And Farfetch has seen a lot of loyalty on the supply side as well, with 100% retention of both its top 100 fashion brands and top 100 upscale retailers on its online marketplace.

In the second quarter of 2019, Farfetch had 44% growth in gross merchandise value (GMV), which is the value of everything sold on its platform. The company estimated its GMV over the previous 52 weeks was $1.7 billion, enough to make Farfetch "the largest single destination for in-season luxury fashion in the world," in Neves' words.

How has Farfetch been doing in 2020, the year of COVID-19? Growth is actually speeding up. Farfetch is now seeing 48% growth in GMV. And traffic on the site grew 60% year over year, while downloads of the Farfetch app more than doubled.

While Amazon is arguably the strongest retailer in the world, it's going to have a very hard time overcoming this head start. Right now Farfetch is enjoying a powerful network effect: High-fashion brands want to be on the Farfetch website because that's where all the high-fashion shoppers are, and all those shoppers want to be on the website because that's where the brands are.

Yes, Amazon is a $1.8 trillion company, and it's the strongest name in internet retail. Farfetch is a comparatively tiny $10 billion company that dominates the high-fashion niche online. It's not surprising that Amazon wants to compete with Farfetch. But it will be very surprising if it's able to do so successfully.